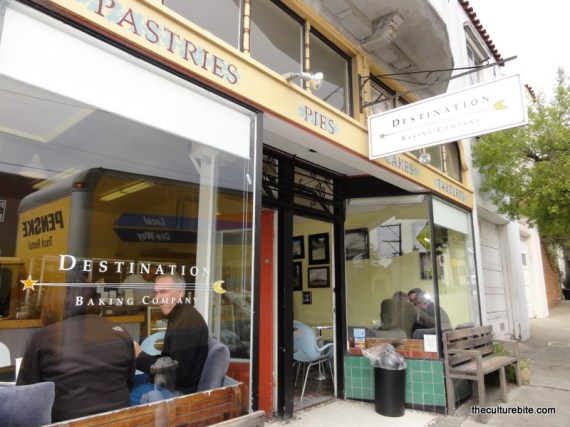 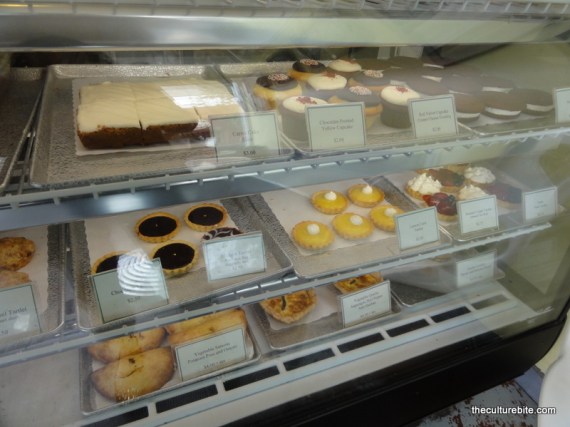 One Saturday afternoon, K and I discovered this neighborhood gem on our way to the Bart station. The sign advertising an apricot pie lured me in. I was a little bummed to learn that they just sold their last piece of pie, but I picked up a lemon tartlet, a moon pie and two large bowls of coffee instead. K and I grabbed a seat by the window and leisurely enjoyed our afternoon snack. My lemon tart was really good. Tart, not too sweet, and the crust was perfectly thing. K’s moon pie was delish! The cookie sandwich was really soft and the marshmallow cream filling was airy and light. The whole time, we watched this elderly couple next to us fill out a crossword puzzle together while eating some warm palmiers straight out of the oven. My immediate thought was “That is how I am going to spend my weekends when I grow old.” 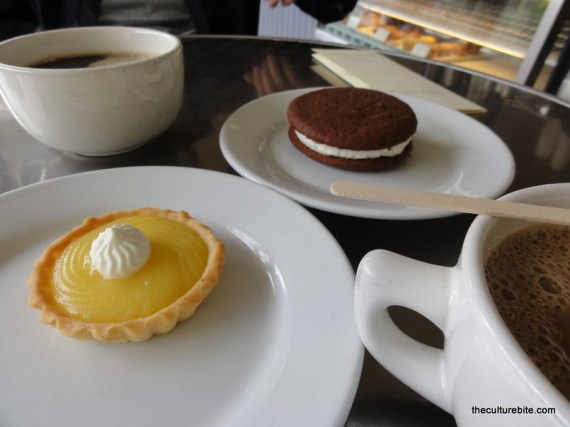 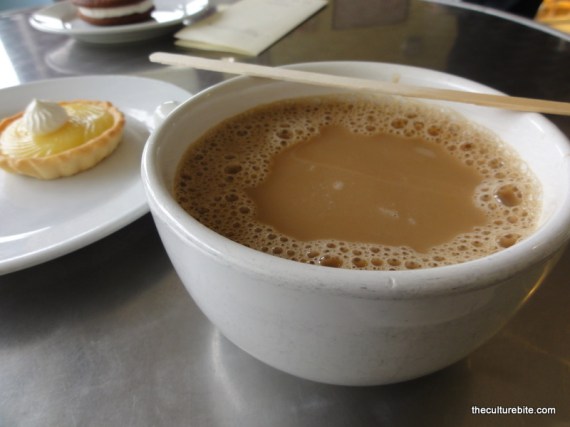 Based on the decor of this bakery, the name is completely fitting. Destination? The 1950s. From the tables to the chairs to the clocks. Everything seems to have been placed in a time capsule and opened just for this bake shop. I came back to Destination Baking Company a few weeks later and tried the sticky bun and the cinnamon roll. Both also were amazing. I hope one day I can try that apricot pie! 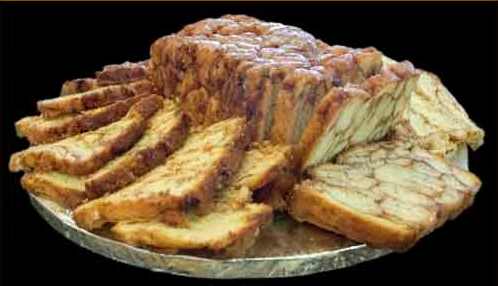 I was wandering through the isles at the downtown SF Costco on Friday when my nose caught the aroma of a sweet, cinnamon-y baked good. I looked down and found this cute little loaf of cinnamon bread from a local shop out of San Jose called Greenlee’s Bakery. Little did I know this little loaf will be the best dang cinnamon bread I’ve ever had. Sticky. Sweet. Gooey in the cracks. I’ve been eating this sinful goodness every morning this past week and it’s so hard to force myself to only eat one slice at a time. (Each slice is 200 calories!) Toast up this baby each morning and your entire house will smell like you’ve just made it from scratch. This weekend, I’m totally going back to pick up a few more loaves!

If you don’t live in the Bay Area, you can buy a loaf online for $7! Trust me it’s worth it. 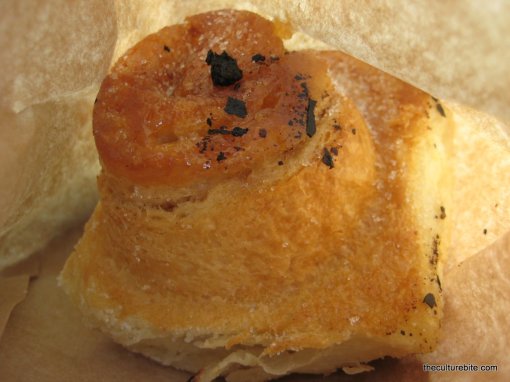 I know, I’m a little late on the bandwagon about this one. Almost everyone and their mama has tried the morning bun at Tartine, mostly because of it’s feature for 2 years in a row on the 7×7 list. For those of you who have not tried this, Tartine’s morning bun makes me, someone who rather sleep in than eat breakfast, want to wake up early to eat breakfast.

The morning bun is like a hybrid of a cinnamon roll and a croissant. What’s different about this morning bun compared to others is that instead of cinnamon sugar in between layers, it’s sugar infused with orange! This morning bun is light and fluffy because of the flaky dough, but the best parts were the chewy bits of sugar and orange zest nestled in between the cracks of the bun.

I thought the morning bun was amazing until I bit into the little black chunks pictured above. I asked the guy at the counter to heat up the bun for me and he gave me this. The black on there is burnt particles from their oven. Gross! At first, I though it was some kind of topping sprinkled on top, but it tasted like burnt parmesan cheese.

I’ll have to come back and re-try the morning bun at room temperature. And, maybe get a sandwich while I’m at it. When waiting in the 20 minute line to get my morning bun to go, I watched all the young hipsters eating these amazing cheese paninis.

Recipe for Tartine’s morning bun after the jump.