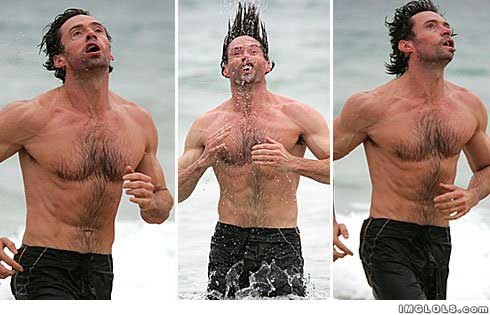 Today, I had a few new things to look forward to. A new bag o’ beans, and now I have some help with frothing the milk with a new stainless steel pitcher and thermometer.  The bag of beans was actually a trade I made with one of my coworkers, who I shall call Jetting Judy. I was asking her about the beans she liked to use for espresso at home, and she mentioned that her favorite was the Espresso from New York called The Laughing Man, bub. It’s a coffee source started by Hugh Jackman, aka Wolverine. So awesome! From the About Us page over at Laughing Man, Wolverine was in Ethiopia and made a promise to a coffee farmer to help produce and sell coffee to consumers with no middle men. 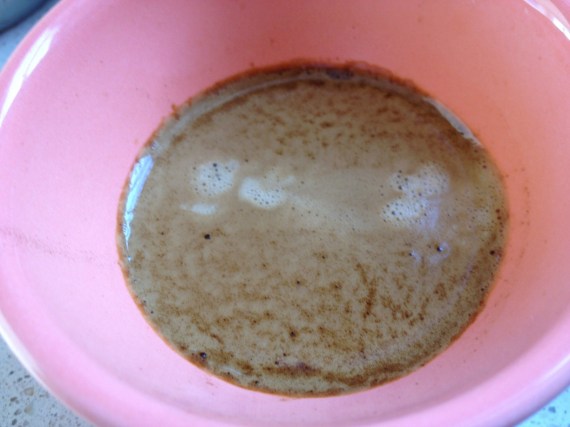 So, this morning, I ground the beans with the “Tornado Claw” grinder and pretty much did everything the same. I made one double shot of espresso and it came out too watery. I tasted it straight, it had a little more sour note than the Ritual and Blue Bottle varieties and more chocolatey. Once I finished that, I decided to increase the fineness of the grind and try an extra double shot. This time it was a tad too fine (tomorrow I’ll get it right). The pull was really hard and there was some grinds that filtered through, with what appeared to be some healthy crema. I’m starting to think the beans have something to do with producing crema. Any experts out there want to verify? 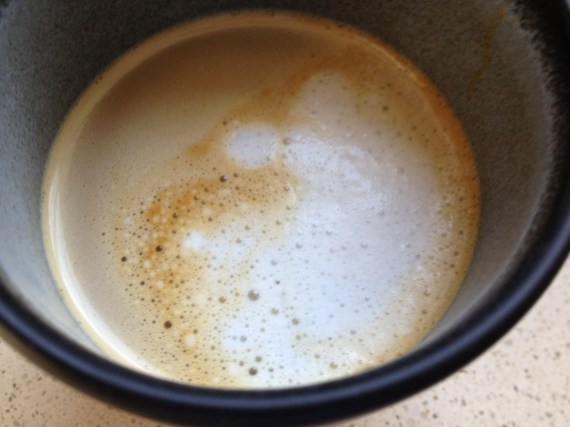 Once the espresso was pulled, I decided to test out the new pitcher. I filled some 1% milk into the pitcher, and started with frothing. The small diameter makes it a lot easier to have the milk swirl around, but I still need to work on that nozzle positioning. I’m still creating medium sized bubbles, ruining the goal of getting that nice consistent froth. The amount of time frothing increased, since it seems like the stainless steel didn’t heat up as fast as the glass. Banging the pitcher on the counter to bring the bubbles to the surface wasn’t as scary as well. 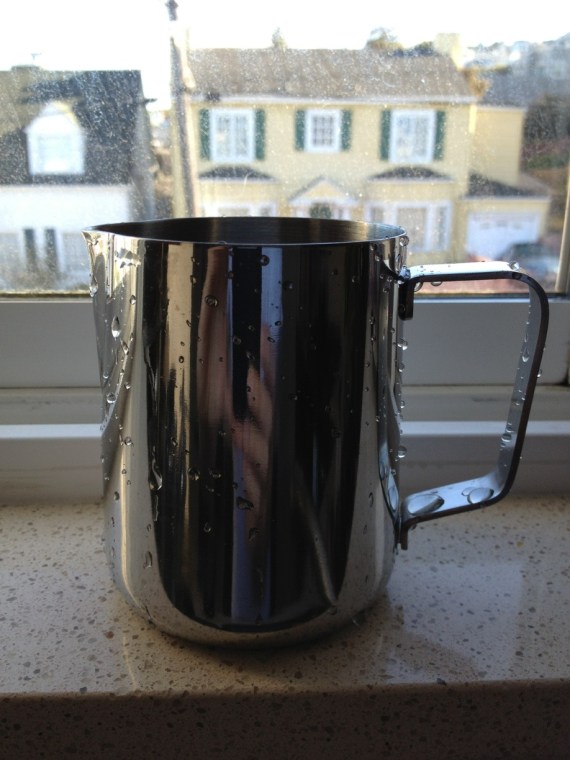 The taste with the milk completely transformed it for me. For some reason, I’m getting a spice taste to it (possibly from the sour notes earlier.) It almost reminds me of a mellow chai tea with a rich chocolate taste. 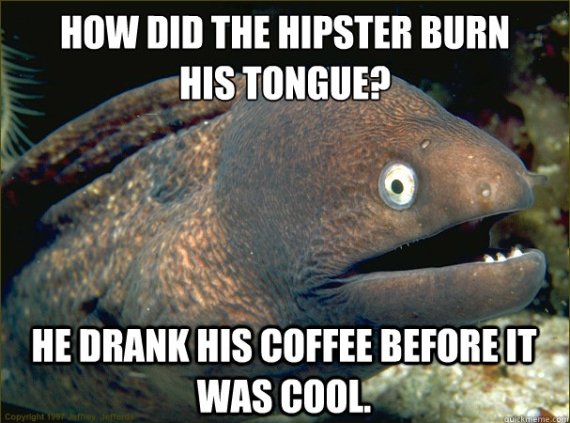 I was planning on giving you a break from my mediocre barista skills this weekend, but I have some important news! I think I may have made my best cup of latte ever! I know what you are thinking, every time I make a new cup, it should be the best one ever because I’m starting at the bottom, but this one is noteworthy to me! 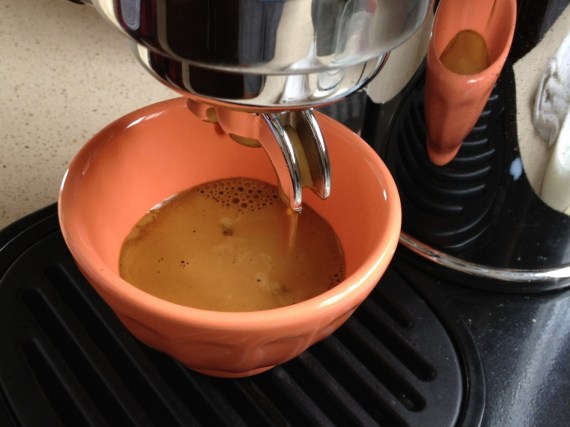 I made some espresso that had so much crema that when it was dripping I couldn’t see the black liquid as the drops separated that rich light brown foam apart. That’s noteworthy, right? That, and with The Coffee Enabler’s advice, I started making a better looking cup of froth. Not the best yet, but I’m working on it. 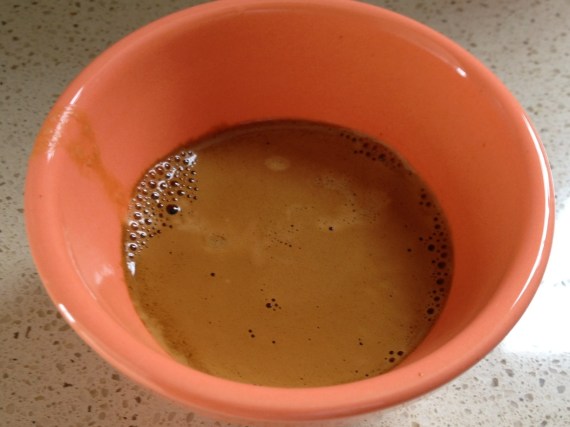 In other news, we just ordered a few other accessories: knockbox, frothing pitcher, and a thermometer. 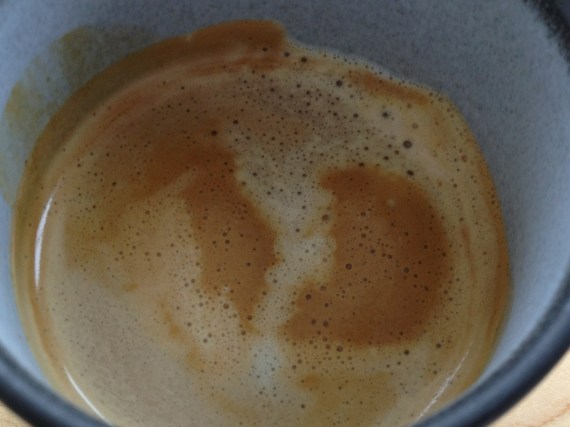 Come on latte art.  Come to me… 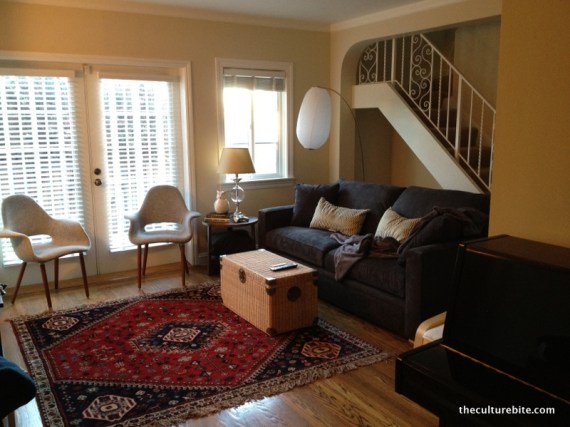 Occasionally on The Culture Bite, I’ll write a house post to share how the furnishing is coming along. Today, I wanted to share our downstairs family room because it’s finally coming together. Slowly, but surely. K and I spend most of our time down here entertaining, watching movies and playing games. We wanted this room to be comfortable and cozy while still being stylish.

My favorite part of this room is the hanging floor lamp. K and I found it on the sidewalk waiting to be picked up from the garbage man. Yes, K and I have dumpster diving lamp next to our Room and Board couch and we absolutely love it.

We’re still looking for a media console to go with our brand new 55″ TV we purchased after Thanksgiving. We’re currently in love with this one from BDI, but we’re waiting it out until we find something similar and more affordable. Stay tuned for more! 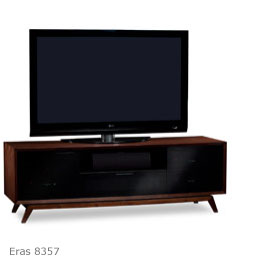 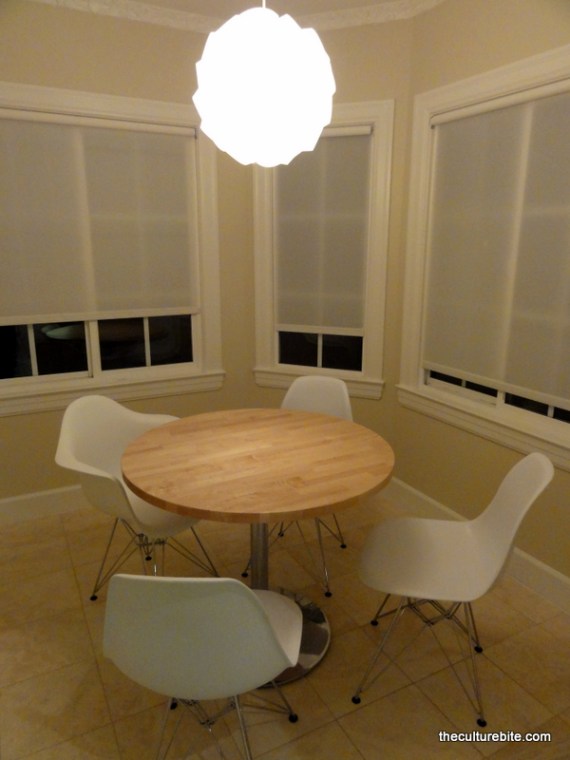 On Sunday night, we purchased the Axis Dining Table from Room and Board with the Solid Walnut table top.  The process was pretty simple at the Room and Board in San Francisco.  We usually love walking in there to look at all the cool contemporary modern furniture and leaving empty handed.  But not that day.  My sister had given us some gift credit for RnB and we were on a mission to spend it.  We walked straight through and met the nicest Design Associate, Trevor M.  He walked us through the purchase, making sure we knew how to care for the table.  And we left with an appointment to pick up the table next weekend from the warehouse in Brisbane.

The next day, we picked up our new dining table.  Wait, what? I thought you had to pick it up on the following weekend.  You are right! I did some sleuthing and found the Axis table being sold on Craigslist for $310.  I contacted the seller and boom we were checking it out that night.  The Axis table was like new but had a Cherry Butcherblock top.  That definitely wasn’t the top we were eyeing, but the seller lowered the price to $270!  We are saving ourselves $450 (the walnut top with tax was ~$720 after tax) just by getting this table from CL.  We also know that the table would still match the chairs, so we went for it!  I love getting a deal, especially when it is something that fits so well!

Tell us what you think!

The Most Expensive Purchase of Our Lives
Our first set of furniture - Plastic Molded Chairs
Downstairs Family Room Finally Coming Together! 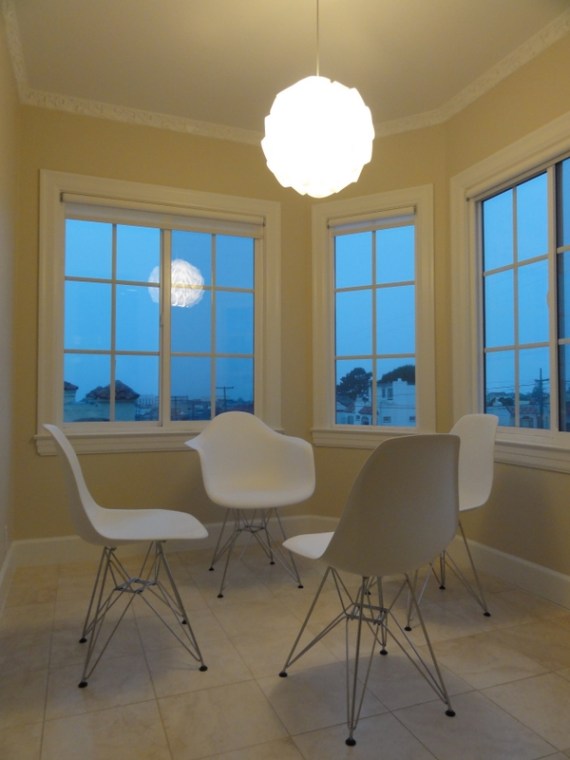 Construction has officially begun at the K+S household. Unfortunately, we discovered a few extra repairs that need to be done which breaks our budget. As much as I hate to do this, K and I will have to wait on our new couches and dining set for now and stick to some temporary furniture some family gave us.

However, I did manage to snag some white plastic molded chairs with the eiffel base for our breakfast nook! Yes, they’re knock offs. K and I originally wanted the original Eames version, but for the price of one, we got four of these babies from Advanced Interior Designs in SF. They’re pretty close to the real deal except for the fact that the base of the seat is a little smaller and the texturing on the seat is a little different. Unless the chair is side-by-side with an original, you wouldn’t be able to tell the difference. Love the service, selection and price at AID and I’ll definitely come back when I’m ready to purchase more furniture.

Now, we have to find a table to match! We’ve been eying these 36″ tables from Room and Board and Scandinavian Designs, but we can’t decide! Anyone have any suggestions? 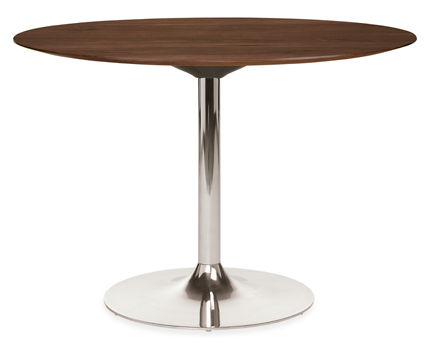 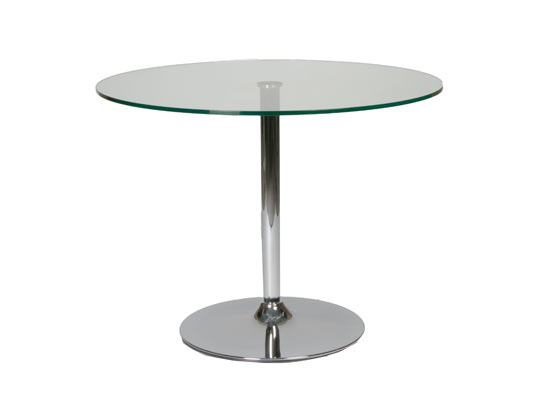