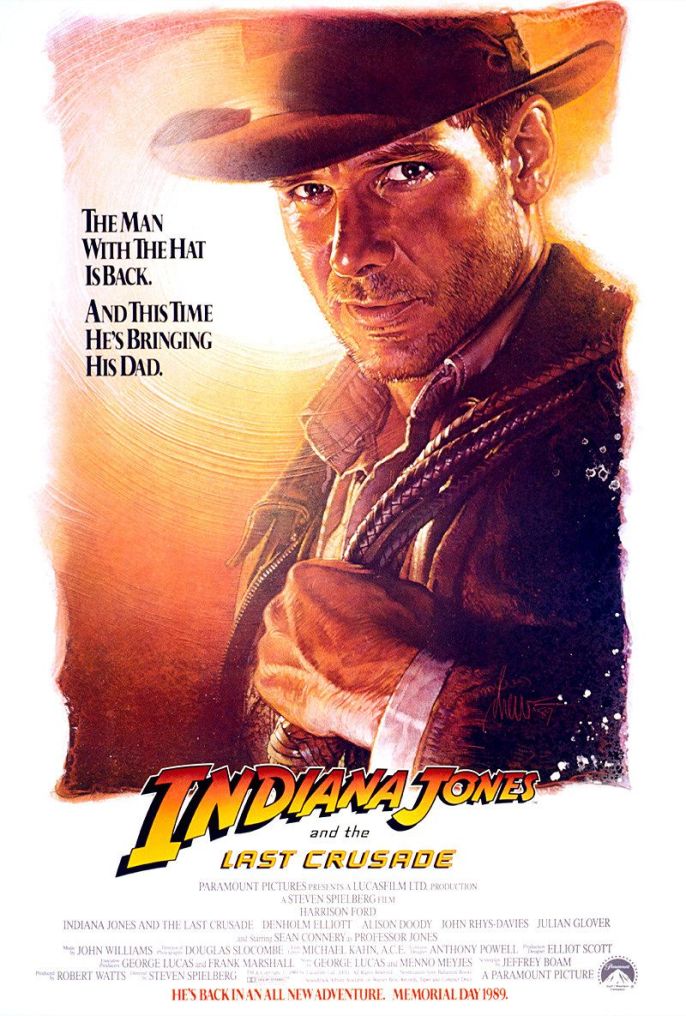 In the year 1989, Indiana Jones and the Last Crusade hit the theaters and earned a whopping $50 Million the first week of its release.Â  I didn’t watch it when it first came out, but I’ve loved the entire Indiana Jones series (okay, maybe not the fourth one so much) since I first watched them as a kid.Â  And today, it was on Spike TV and I couldn’t help but enjoy the movie all over again.Â  They don’t really make movies like that anymore, which makes me really sad.Â  You have all the action, and the subtle hints of comedy.Â  I’m going to do a quick summary, so if you haven’t watched it… wait… if you haven’t watched it, I’m very disappointed in you right now. Stop reading, and watch it NOW!

The movie started with Indiana Jones as a kid, and shows why he loves adventures, hates snakes, and respects the proper ownership of ancient artifacts.Â  Jones is hired by an art collector to find the Holy Grail, which Indiana’s father was searching for until he went missing.Â  The adventure takes them through Italy, Germany, and the Middle East.Â  Which results in a great mythical puzzle at the end.

Seriously, I am going to have to watch the entire series all over again.Â  And while we’re at it, let’s make sure we all watch Cowboy’s and Aliens!Â  Hopefully, there won’t be any crystal skulls.