I didn’t really find any movies that interested me this week. Â There’s the obvious no-brainer blockbusters movie Sucker Punch, the movie I feel like I would want to watchÂ Miral, and the sequel to a surprise hit movie Diary of a Wimpy Kid 2: Rodrick Rules. However, my movie pick of the week is I Travel Because I Have to, I Come Back Because I Love you. It’s a Brazilian movie that seems like it would be an instant classic.

Movie Bite of the Week

I Travel Because I Have to, I Come Back Because I Love you 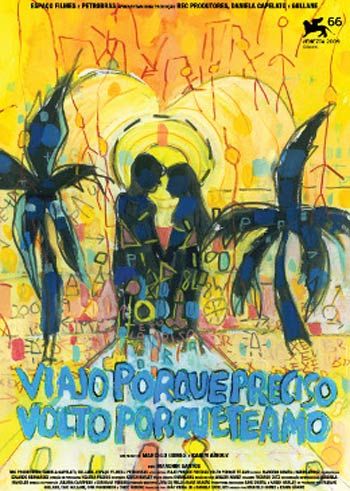 Synopsis: JosÃ© Renato, a 35-year-old geologist, is sent on a fieldtrip to the scrublands of the SertÃ£o, a semi-arid isolated region in the northeast of Brazil. The goal of his survey is to assess possible routes for a water canal from the region’s only voluminous river. For many of the region’s inhabitants, the canal will be a lifeline, the chance for a future and a source of hope. But for those living on the canal’s direct course, it means only requisitions, departure, and loss. Many of the properties through which Renato passes will be flooded; many of the people and families will be relocated. As the fieldtrip progresses, it becomes clear that Renato shares something in common with the places he visits: emptiness, a sense of abandonment, and isolation. His geological research is slowly pervaded by a sensation of groundlessness, an incessant pining for his ex-wife, and a yearning to return home. But he presses ahead, continuing the trip in the hope that the voyage can somehow transmute his feelings. This haunting, melancholy, and resourceful film takes the form of a first-person travelogue, communicating its unseen protagonist’s sensibility and state of mind through an impressionistic photographic record of the landscapes through which he travels and the people he encounters, and his own nakedly revealing, confessional narration. A simple but beautiful film which glides fluidly and elegantly across the borders between fictional narrative, documentary, and experimental filmmaking, I TRAVEL… is difficult to categorize but impossible to resist. 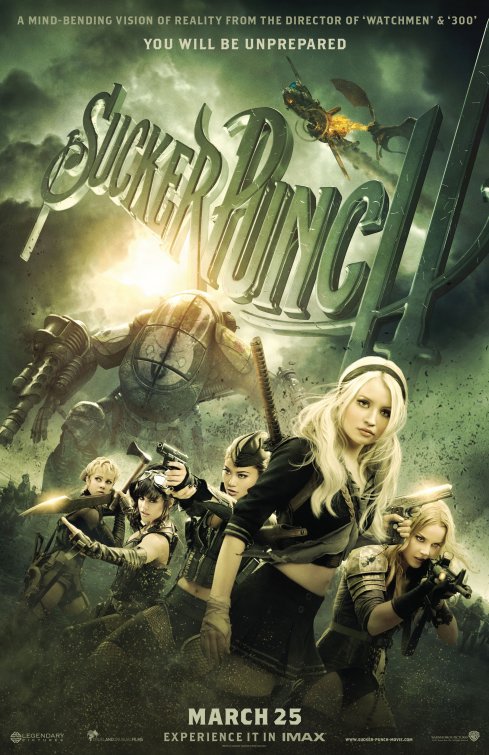 Synopsis: “Sucker Punch” is an epic action fantasy that takes us into the vivid imagination of a young girl whose dream world provides the ultimate escape from her darker reality. Unrestrained by the boundaries of time and place, she is free to go where her mind takes her, and her incredible adventures blur the lines between what’s real and what is imaginary. She has been locked away against her will, but Babydoll (Emily Browning) has not lost her will to survive. Determined to fight for her freedom, she urges four other young girls-the reluctant Sweet Pea (Abbie Cornish), the outspoken Rocket (Jena Malone), the street-smart Blondie (Vanessa Hudgens) and the fiercely loyal Amber (Jamie Chung)-to band together and try to escape a terrible fate at the hands of their captors, Blue (Oscar Isaac) and Madam Gorski (Carla Gugino), before the mysterious High Roller (Jon Hamm) comes for Babydoll. Led by Babydoll, the girls engage in fantastical warfare against everything from samurais to serpents, with a virtual arsenal at their disposal. Together, they must decide what they are willing to sacrifice in order to stay alive. But with the help of a Wise Man (Scott Glenn), their unbelievable journey-if they succeed-will set them free.. 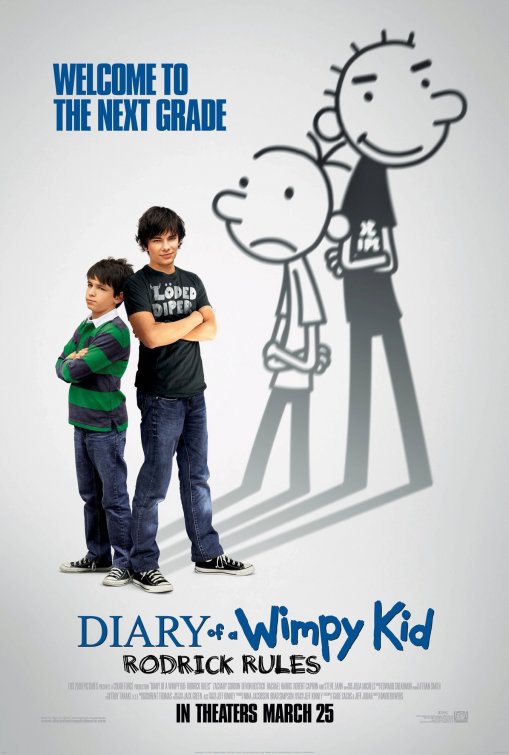 Synopsis: In this sequel to 2010’s surprise hit, Greg Heffley, the kid who made “wimpy” cool is back in an all-new family comedy based on the best-selling follow-up novel by Jeff Kinney. (Kinney’s Wimpy Kid” series has thus far sold 42 million books.) As he begins seventh grade, Greg and his older brother – and chief tormentor – Rodrick must deal with their parents’ misguided attempts to have them bond.
Stars: Zachary Gordon, Devon Bostick, Robert Capron 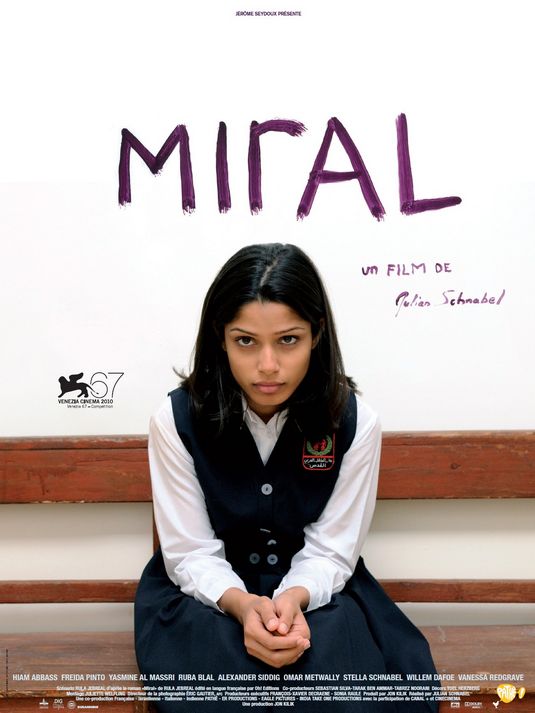 Synopsis: From Julian Schnabel, Academy Award (C) nominated director of The Diving Bell and the Butterfly, Before Night Falls and Basquiat, comes Miral, the story of four women whose lives intertwine in the starkly human search for justice, hope and reconciliation amid a world overshadowed by conflict, rage and war. The story begins in war-torn Jerusalem in 1948 when Hind Husseini (HIAM ABBASS, The Visitor, Amreeka) opens an orphanage for refugee children that quickly becomes home to 2000 orphans. One of the children is seventeen year old Miral (FRIEDA PINTO, Slumdog Millionaire) who arrived at the orphanage 10 years earlier, following her mother’s tragic death. On the cusp of the Intifada resistance, Miral is assigned to teach at a refugee camp where she falls for a fervent political activist, Hani (OMAR METWALLY, Munich, Rendition) and finds herself in a personal battle that mirrors the greater dilemma around her: to fight like those before her or follow Mama Hind’s defiant belief that education will pave a road to peace.