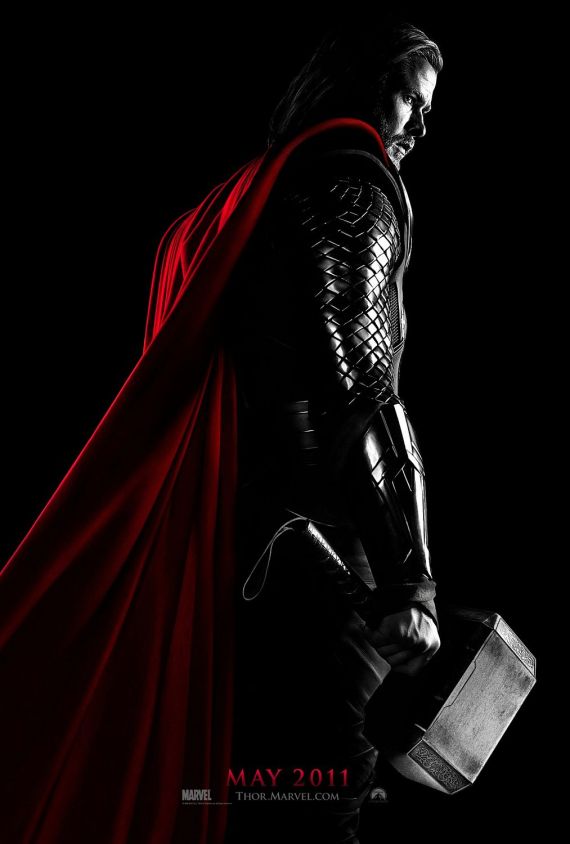 Here comes another superhero origin story for the next Avenger to be featured in his own self-titled film. Thor, a Godlike superhero, falls to earth forced to understand his father’s will. Surprisingly (or unsurprisingly), this was a well done superhero film, there was a great mix of humor, drama, and action that left me wanting more, yet feeling satisfied with what I had seen. I’m really happy that we’re getting past the campy, B-movie style super flicks like “Batman and Robin” and “Spiderman 3” (although, I thought the first Spiderman was great).

The mighty Thor was played by a tall, buff, and charismatic Chris Hemsworth. He was great as he was able to pull off both the fierce and arrogant side of Thor as well as making the audience laugh as he made his way as a Norse God among mere earth mortals. He rounds up the movie with a few dramatic scenes that really make you feel for Thor.

Thor’s brother and nemesis, Loki, was played by Tom Hiddleston. He played the mischievous God well, as from the beginning of the movie until the end, you feel as though you could not trust him. The subtle dialogue in the beginning, and his actions throughout the movie have such power over our perceptions.

There were several key supporting roles, including Dr. Jane Foster and Thor’s father, Odin. Jane Foster was played by Natalie Portman. You know how I feel about her, from Your Highness. She is a highly talented actress lending her talents to yet another movie geared towards young men (Let’s see, Star Wars 1-3, V for Vendetta, Your Highness, No Strings Attached). In this movie, I feel as though the character wasn’t drawn out enough. She is the love interest of Thor, yet I felt like she was just the love acquaintance. Odin, played by Anthony Hopkins, is the narrator and key to much of Thor’s trials and tribulations. This would be the perfect movie to be watched by a father and son because of Odin’s influence in the movie.

The plot itself is typical for a superhero movie. You watch a superhero go through the trials put forth upon him to become the hero we expect him to be. In this story, though, we mix modern day earth with Norse mythology and aliens. I don’t want to give much of the story away, so I won’t go any deeper than this. 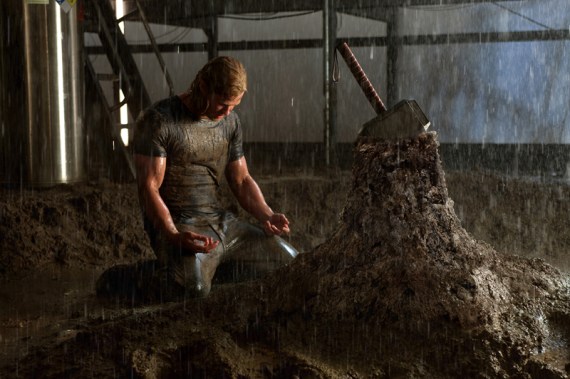 Favorite tidbits in the movie (WARNING: There are a few SPOILERS here)

There are a few scenes that I love from the movie. First, he’s at a hospital yelling “How dare you attack the son of Odin!”. Second, he gets hit by a car not once, but twice by the same person. Third, Stan Lee is a redneck truck driver. Fourth, Thor loves coffee so much he has a smashing time.