Here are the top 3 anticipated movies of this week. 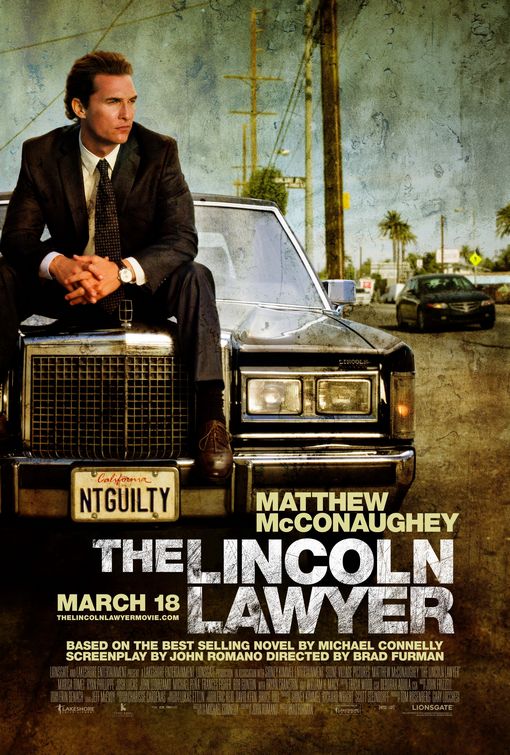 Synopsis: Mickey Haller (Matthew McConaughey) is a Los Angeles criminal defense attorney who operates out of the back of his Lincoln sedan. Haller has spent most of his career defending garden-variety criminals, until he lands the case of his career: defending Louis Roulet (Ryan Phillippe), a Beverly Hills playboy accused of rape and attempted murder. But the seemingly straightforward case suddenly develops into a deadly game of survival for Haller. Based on the best-selling novel by Michael Connelly.

Now that I’ve been reading “The Girl With the Dragon’s Tattoo”, I’m getting really into Mystery and Suspense again. Â If there’s a new movie to watch this weekend, this is definitely it. 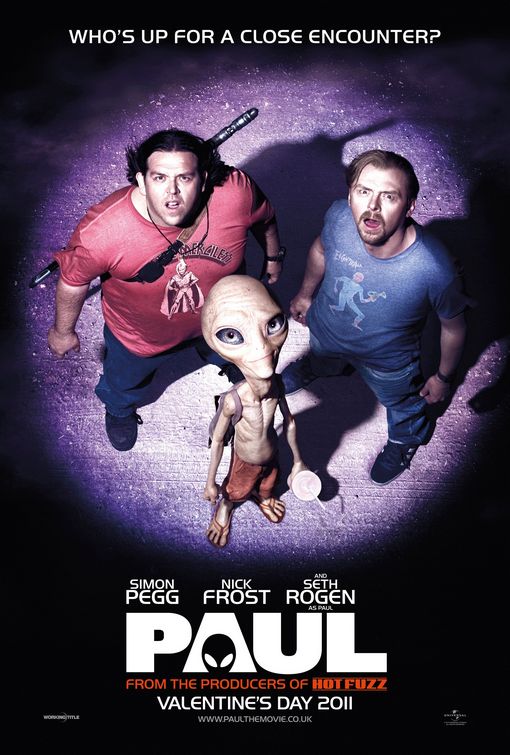 Synopsis: Simon Pegg and Nick Frost reunite for the comedy adventure Paul as two sci-fi geeks whose pilgrimage takes them to America’s UFO heartland. While there, they accidentally meet an alien who brings them on an insane road trip that alters their universe forever. For the past 60 years, an alien named Paul (Seth Rogen) has been hanging out at a top-secret military base. For reasons unknown, the space-traveling smart ass decides to escape the compound and hop on the first vehicle out of town — a rented RV containing Earthlings Graeme Willy (Pegg) and Clive Gollings (Frost). Chased by federal agents and the fanatical father of a young woman that they accidentally kidnap, Graeme and Clive hatch a fumbling escape plan to return Paul to his mother ship. And as two nerds struggle to help, one little green man might just take his fellow outcasts from misfits to intergalactic heroes.

Sam and I have been going to Comic-con for the past couple years, and at Comic-con 2010 we saw the trailer to this comedy. Â I’m pretty sure you’ll love this movie if you loved Hot Fuzz and Shaun of the Dead, but you’ll also love it if you love Comic-con because it starts there. Â This would be my bad movie, no-thinking comedy movie. Â However, I’m most likely going to wait for DVD for this one. 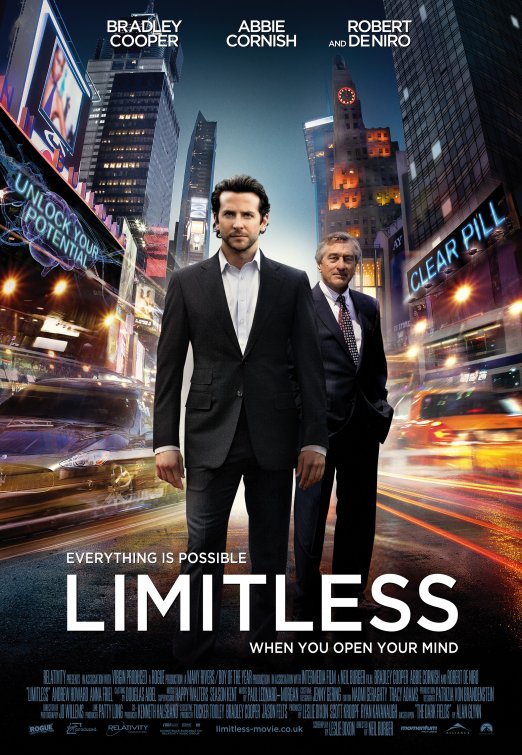 Synopsis: Aspiring author Eddie Morra (Cooper) is suffering from chronic writer’s block, but his life changes instantly when an old friend introduces him to NZT, a revolutionary new pharmaceutical that allows him to tap his full potential. With every synapse crackling, Eddie can recall everything he has ever read, seen or heard, learn any language in a day, comprehend complex equations and beguile anyone he meets as long as he keeps taking the untested drug. Soon Eddie takes Wall Street by storm, parlaying a small stake into millions. His accomplishments catch the eye of mega-mogul Carl Van Loon (De Niro),who invites him to help broker the largest merger in corporate history. But they also bring Eddie to the attention of people willing to do anything to get their hands on his stash of NZT. With his life in jeopardy and the drug’s brutal side effects grinding him down, Eddie dodges mysterious stalkers, a vicious gangster and an intense police investigation as he attempts to hang on to his dwindling supply long enough to outwit his enemies.

This movie just sounds really interesting. Â What if you were able to take a pill and use the rest of your brain? Â That would be such a huge win! Â Unless… of course there’s a lot you wished you could forget.