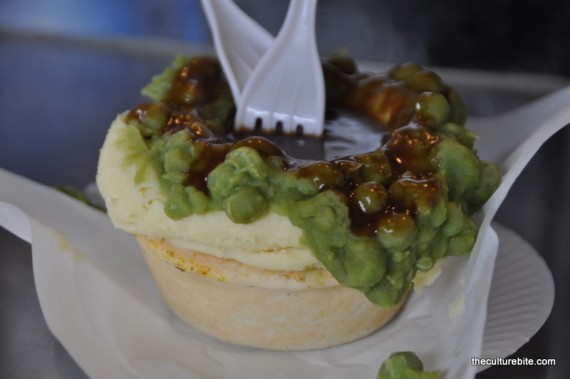 There has been no shortage of eating on this trip. Even as I write this post, I am bursting at the seams. Diet starts when I return. I swear…

Early Monday morning, K and I headed for Circular Quay to grab a ferry to Taronga Â Zoo.

On our way, we each grabbed a personal pie for breakfast at Pie Face, an Australian fast-food chain restaurant that has been taunting me since I arrived. K got a breakfast pie filled with scrambled eggs and sausage and I got one filled with chicken and mushroom. The pies sound better than they taste. Dry and flavorless is what I would describe them. I was disappointed since the pie took up a good portion of my stomach and I still had tons of eating to do. 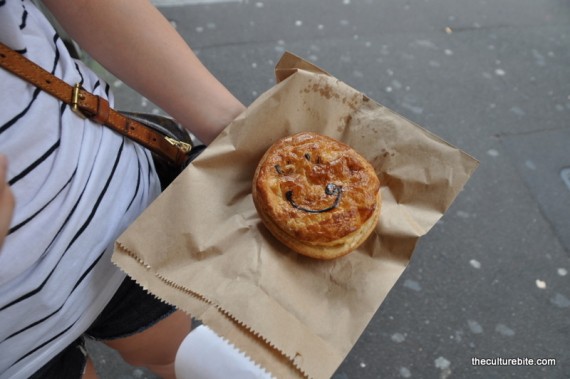 After the short delay, we were back on track to Circular Quay. We purchased a ferry/zoo combo pass (Zoo Express) for $50 per person. It was a little overcast that day, but the skyline of the Sydney Harbour was still picturesque. We stood out the back of the ferry and took pictures like there was no tomorrow, as did everyone else on the ferry. 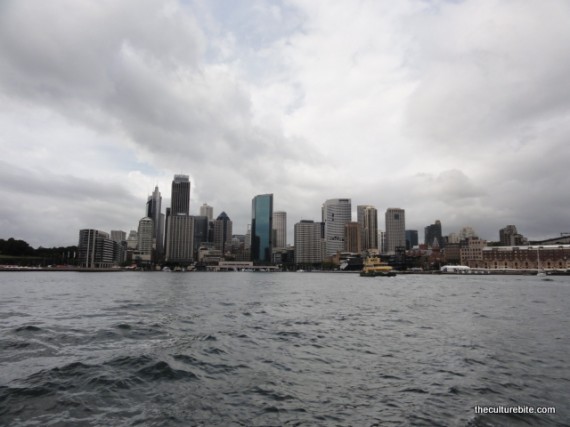 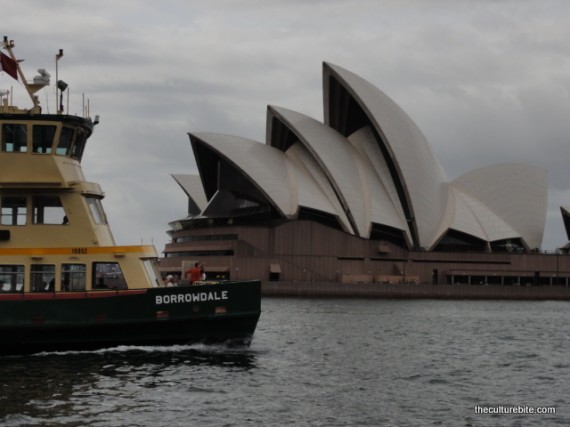 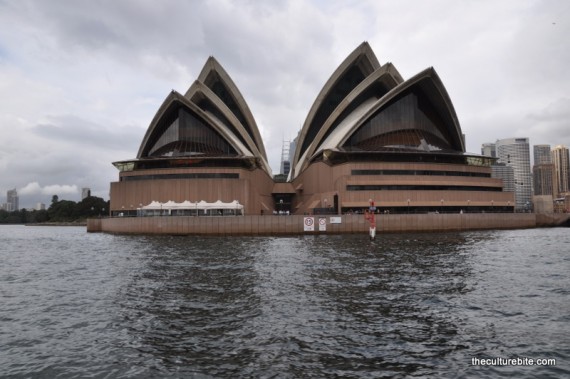 After about 20 minutes, we arrived at Taronga Zoo. This zoo is amazing! The animals were so alive and happy, completely opposite from the zoo in San Francisco. You start by taking a gondola to the top of the zoo and work your way down. There are about 9 areas of the park each dedicated to a series of animals – seals, giraffes, koalas, etc. The best part of the zoo was the gorillas. They were hilarious! There was a sign outside of the gorilla pin stating, “The gorillas are getting used to a new adult gorilla that has recently joined the group.” And after watching them for several minutes, we immediately figured out which one of the gorillas was the new kid on the block. The poor adult gorilla was being picked on by the 2 younger gorillas! 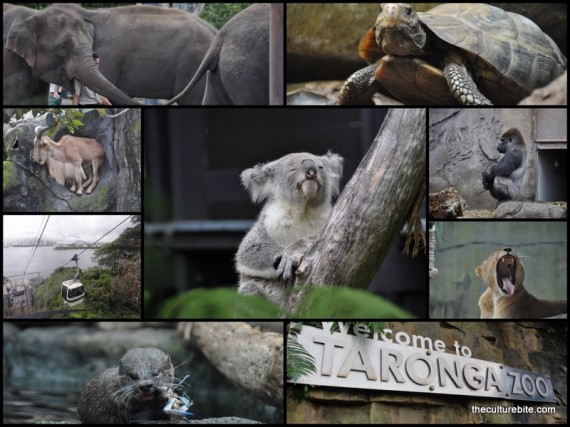 While there, we split an order of fish n chips from one of the stands. It what you would have expected purchasing food from a stand at an amusement park. Frozen, mass produced. 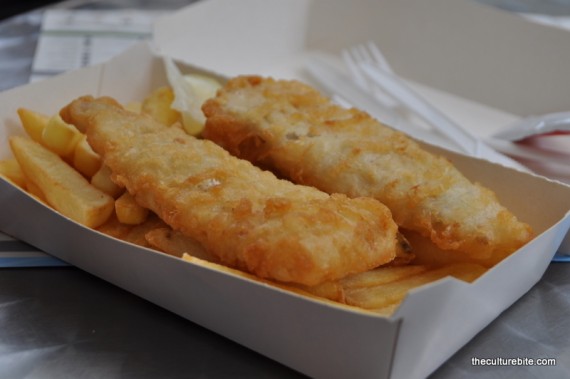 When we got back to Circular Quay, we walked over to the Woolloomooloo district for the Tiger Pie at Harry’s Famous Pies. Now this combination is the strangest combination I’ve ever seen. This Australian favorite is a personal beef pie with a scoop of mashed potatoes and a heaping scoop of “mushy” peas. All that topped with gravy. We doused a couple of their sauces on the pie and dug in. It’s an interesting mix. Tasty, meaty, salty, heavy. It was pretty good, and I’ll probably grab another if I ever come back to Sydney. 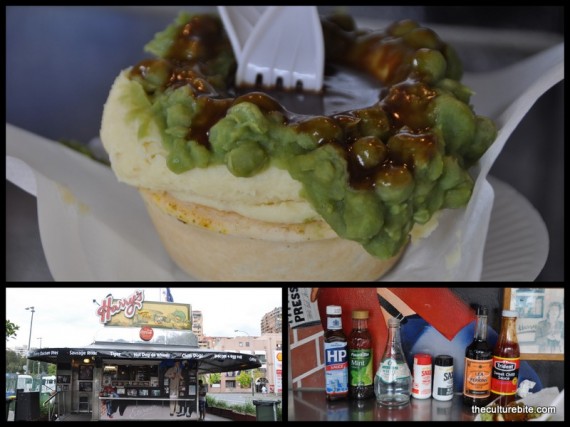 At this point, I have no idea why we stopped at the Din Tai Fung Dumpling Bar at the Westfield Center. But, we did and ordered 3 golden lava buns to snack on.

After killing some time at the mall and in the hotel room, we headed out for dinner at Mamak, the most recommended restaurant from my Australian coworkers. Mamak specializes in Malaysian food. Sydney seems to have a great representation of really good Asian foods because of its proximity to the native countries. With a fully packed restaurant and a line out the door, it was obvious this place had it going on. Luckily, K and I were seated right away. We ordered the Roti Canai, the chicken satay and fried chicken with coconut rice. To drink, we order 2 hot frothy milk teas. The best meal of the day by far. The roti is much different than the one back home at Banana Island. It was soft and chewy with a little bit of crunch on the outside. It came with 3 dipping sauces – mild, spicy and a little dab of shrimp paste. The chicken satay was uh-mazing. 6 skewers of really tender, juicy chicken with a giant bowl of sweet peanut ginger sauce for dipping. There was obviously way too much sauce for the amount of chicken, but we managed to consume it all somehow. Last but not least was the fried chicken and coconut rice. I have never had a piece of fried chicken like this. The coating on the outside was orange and extremely thin and crispy. The inside was flowing with juices. Oh gosh, I hope I can find this meal back home somewhere. 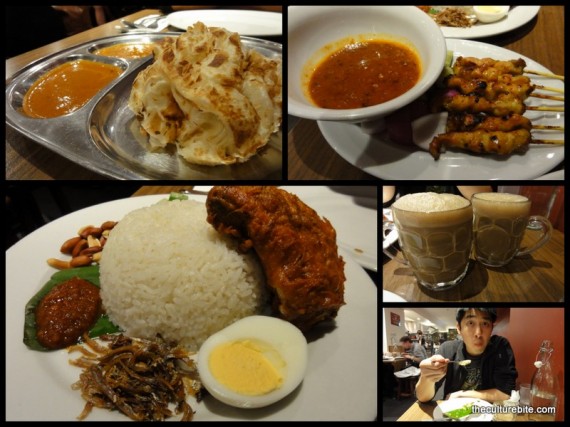 At the end of the day, I did not want to look, smell or talk about food for the rest of the night. Tomorrow, was a new day.