So, yes, I tried the Double Down.  No, I wasn’t satisfied.  For those of you that don’t know what this is, here’s KFC’s description:

The new KFC Double Down sandwich is real! This one-of-a-kind sandwich features two thick and juicy boneless white meat chicken filets (Original Recipe® or Grilled), two pieces of bacon, two melted slices of Monterey Jack and pepper jack cheese and Colonel’s Sauce. This product is so meaty, there’s no room for a bun!

Can someone explain why they needed to mention that it was real?  The sandwich I got, had 2 really dry chicken cutlets, surrounding 2 pieces of microwaved (crispy) bacon, two unmelted slices of cheese, with Colonel’s sauce.  What the heck is Colonel’s sauce?  Anyways, I was quite unsatisfied.  Double Down was a bust (see what I just did there?) 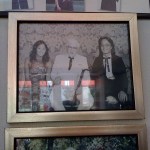 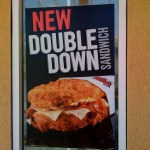 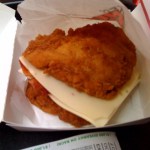 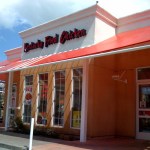 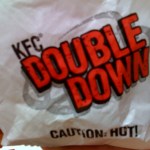 No Responses to “KFC's Double Down”