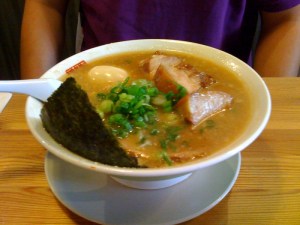 One Response to “Himawari – San Mateo”