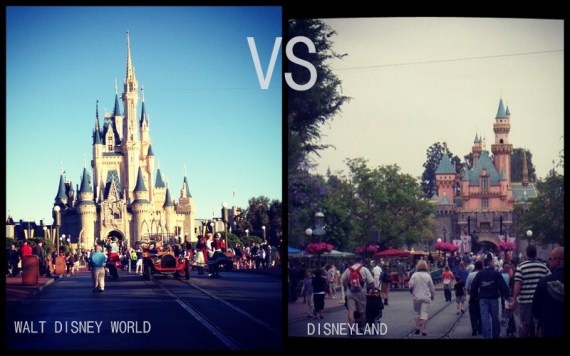 END_OF_DOCUMENT_TOKEN_TO_BE_REPLACED

Just like Rome, we saved our last day for shopping and relaxation. We needed  to take it easy for our trip to Paris the next day. The night before, we did a little research on discount shopping and stores that sell Balenciaga bags. Who knew Balenciaga bags were so hard to find in Barcelona? I did find one at this one designer handbag store, but it wasn’t the size I wanted, so I passed it up. 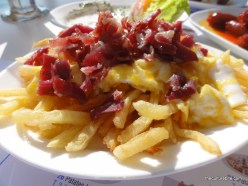 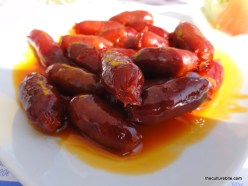 After a late start, we decided to grab lunch at our favorite restaurant at the pier, Tapa Tapa. It was such a beautiful day, we had to sit outside along the water. We ordered more food at this particular meal than at any other meal during this trip. That’s the problem with tapas, you can easily order way too much. We had the patatas bravas (of course), iberian ham with a fried egg on top of a bed of fries, endive salad with smoked salmon and dill dressing, chorizo sausages and a plate of fidua (paella with vermicelli noodles). For drink, I had a cup of peach juice and K got the orange. Our last day in Barcelona and we JUST discovered that the chorizo is AMAZING. Dang! We could’ve eaten this every day! The baby chorizo was so flavorful and spicy. It definitely did not taste like any chorizo I’ve had at home.

Our first stop on the shopping agenda was Bershka on Passaig de Gracia. Bershka is a Spanish clothing store owned by the same company that owns Zara. Both stores are very similar, but I found Bershka to be a little cheaper. I copped a brown faux leather belt and a black lacey cardigan for $38 US. Not bad for Europe.

We were also severely under-prepared for the cold weather in Paris. Travelling with a small carry-on had it’s limitations – we couldn’t pack heavy coats! We realized we couldn’t afford authentic European clothing (stuff you can’t get at home), so we headed for Zara. There I got a white sweater with elbow patches and a navy peacoat. That was about $80 US altogether. K got a very sleek-looking black trench. Little did we know we were still very unprepared for the cold weather to come. I’ll get back to that in my next post. 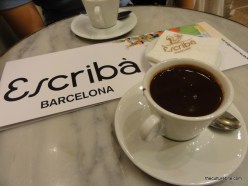 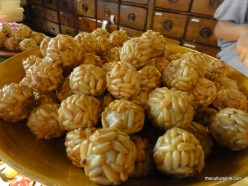 At this point, we had walked up and down the Passaig de Gracia all the way from the Avinguda Diagonal to Plaça de Catalunya and worked up a hunger for some hot chocolate. We found another hot chocolate place, Escriba on La Rambla, in one of our travel books. We were very much tempted to go back to Cacao Sampaka, but we forced ourselves to try something new. We ordered 2 large cups of hot chocolate and 2 marzipan balls covered in toasted pine nuts and honey. In comparison to Cacao Sampaka, this hot chocolate was grainier. The pastry sounds better than it tastes too. I was expecting a crunchy outer shell, but the entire ball is very soft. It might’ve been better with a peanut rather than pine nut crust.

So, after our snack, we headed back to the apartment to pack and call it a night early. We needed tons of shuteye before our trek to our last stop, Paris! 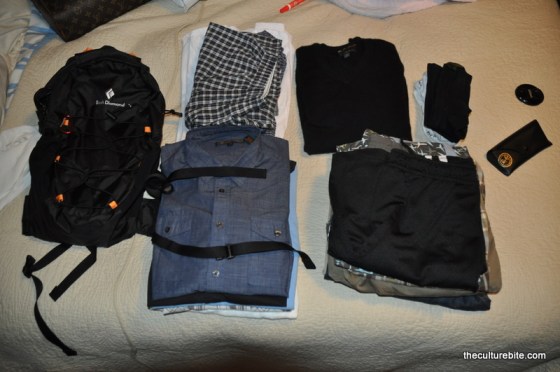 During our trip to Europe, we’ve made a few observations on what we should have packed and how we should have improved.
Our packing list after the jump END_OF_DOCUMENT_TOKEN_TO_BE_REPLACED

The Jewish Ghetto is at the east bank of the Tiber, near the Isola Tiberina and the Theater of Marcellus.  The day to avoid this walk is on Saturday when the synagogue and museum are closed.  This ghetto is the home to 15,000 Roman Jews forced to live here more than 300 years ago. 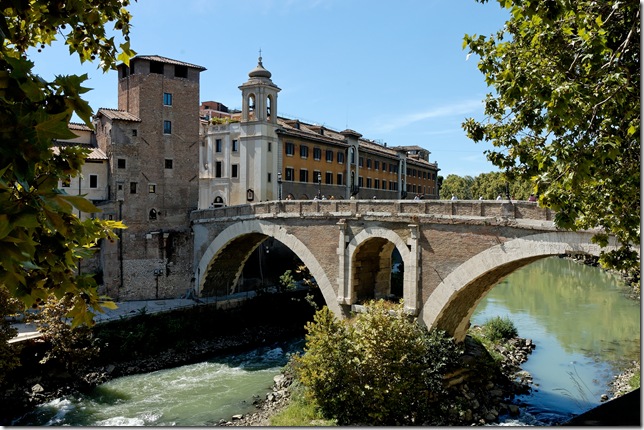 Start at the north end of the Ponte Fabricio.

What to see: Ponte Quattro Capi (“Bridge of the Four Heads”) – Statues of the four-faced pagan god Janus.

What to see: The embankment was buit in the late 19th century.  Before then, this was the most flooded zone along the Roman riverbank.

With your back to the river, at your left is the… 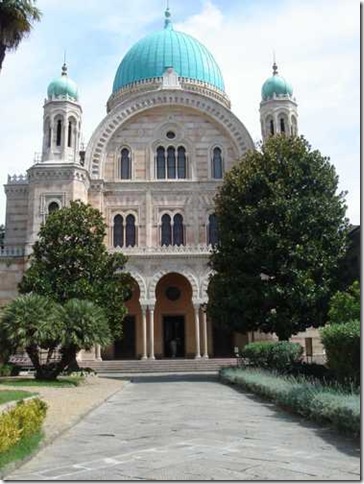 What to see: The Synagogue – This was the original center of the Jewish community.  The churchlike synagogue has a square dome, and is Art Nouveau with a dash of Tiffany.

What to see: The Jewish Museum shows off historically artifacts described in English.

Look for the yellow church across from the Ponte Fabricio… 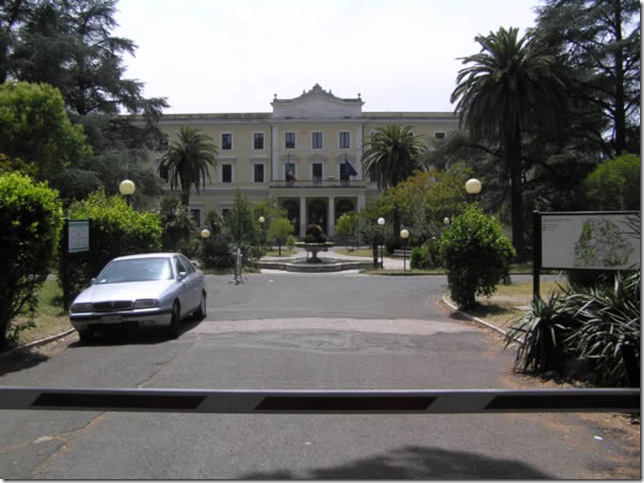 What to see: The Santa Maria della Pieta – This is a Catholic church built to spread their faith to the Jews.

Walk towards the ancient Roman ruins, where there is a small square in front of the ruins called…

This square is named for the date when the Nazis parked their trucks and threatened to take the Jews to concentration camps unless they came up with 50 kilos of gold.  In the end, they took the gold and the Jews.

Head to the ancient ruins… 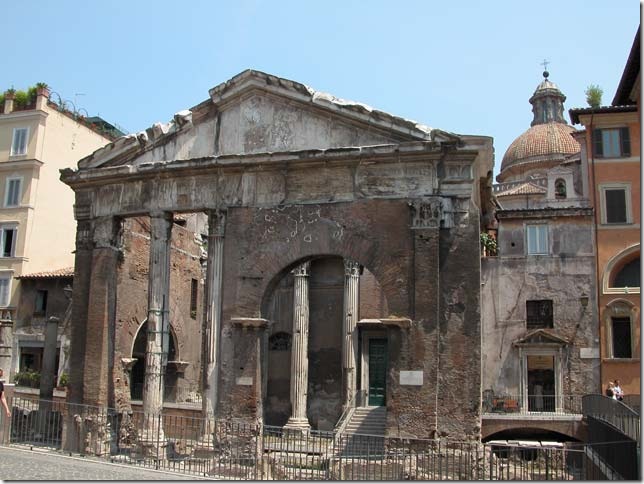 What to see: The Portico d’Ottavia is an archway built by the emperor Augustus.  This was once the cultural center in the Roman empire, until the fall of Rome.  The portico became a thriving fish market, and eventually into the Church of Sant’Angelo in Pescheria.

Now head to the main drag of the Jewish Ghetto… 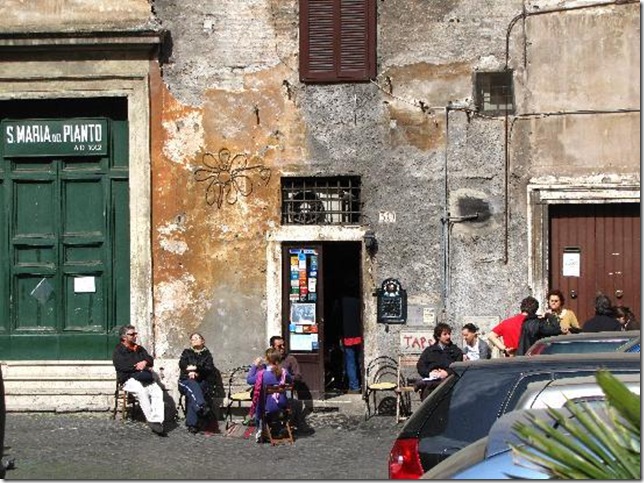 What to eat: Sora Margherita Associazione Culturale – There is no sign but they have traditional Jewish fare.

5 Day Travel Itinerary: Washington DC
The Other Barcelona - Day 8
A Little Bit of Everything on Day 3 of Sydney
Disneyland vs. Walt Disney World - What's the difference?

Trastevere is the area west of the Tibur River and south of Vatican City.  The more I read about this area, the more I think about growing up in the Sunset District of San Francisco, and not really living up the more well traveled areas of San Francisco.  Like my childhood neighborhood, Trastevere is the more intimate part of Rome where residents pride themselves with never crossing the Tibur river to see the touristy side of Rome.

When: This walk can be made at anytime of day.  Dusk can be very atmospheric.  This walk can also be the prelude to the Night Walk Across Rome.

Isola Tiberina and the Tiber River

What to see: Ponte Cestio – Where Rome first began as a city.  It was the smallest point of the Tiber River that a ship could sail through, allowing it to be the connection between the Italian peninsula with the Mediterranean. There is a stone on the bridge with a faded inscription of “Caeser” dating AD 370.

What to see: Isola Tiberina – The island held the temple to Aesclepius, the god of medicine.  Now, the island’s largest structure is Fatebenefratelli, a public hospital favored by Roman women for childbirth.

What to eat: Sora Mirella – The most famous vendor of Rome’s summer refresher called a grattachecca, shaved ice with fruit-flavored syrup and chopped fruit. 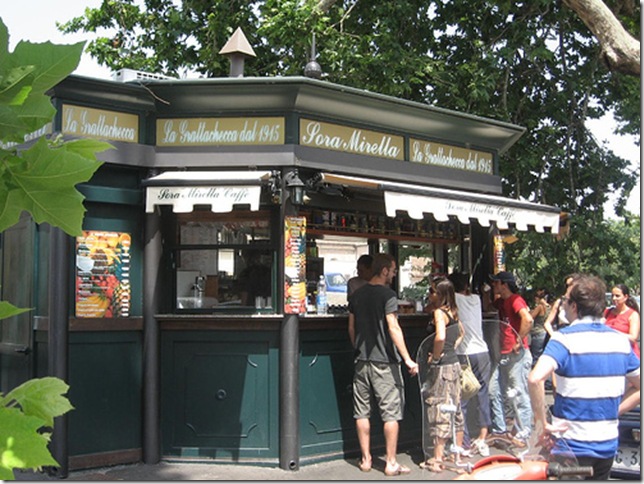 Head south, and cross the street to…

What to see: The square is famous for the oldest working church bell tower dating from 1069. 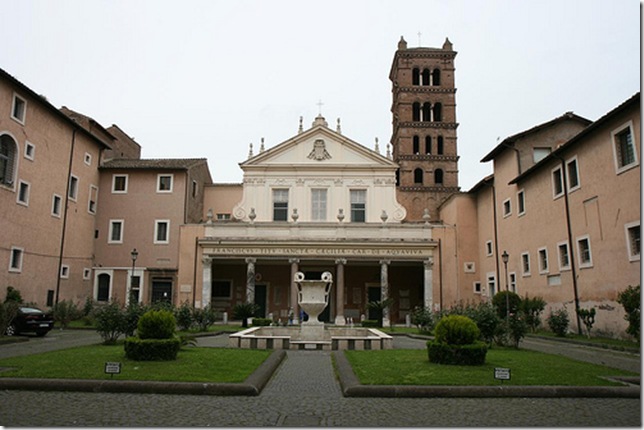 What to see: The Church of St. Cecilia – Saint Cecilia was a converted Christian during a time of of persecution.  Her husband devoted himself to Christian burials in the catacombs until he was also killed.  When the Romans tried to kill Cecilia, they were unsuccessfully trying to suffocate her with steam for three days to appear as an accident, until they ended up beheading her.   Cecilia bequeathed her home to the community, which was eventually converted into this church.  Hour: Daily 9:30 to 12:30, 16:00 to 18:30.  Crypt Mon-Fri 10:15-12:15; Sat-Sun 11:15-12:15. 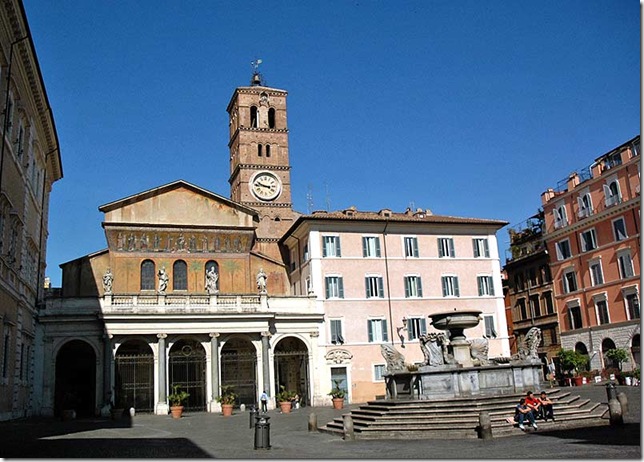 Once this walk is finished, it’s a good start towards the Night Walk Across Rome across the Ponte Sisto bridge into Campo d’ Fiori!