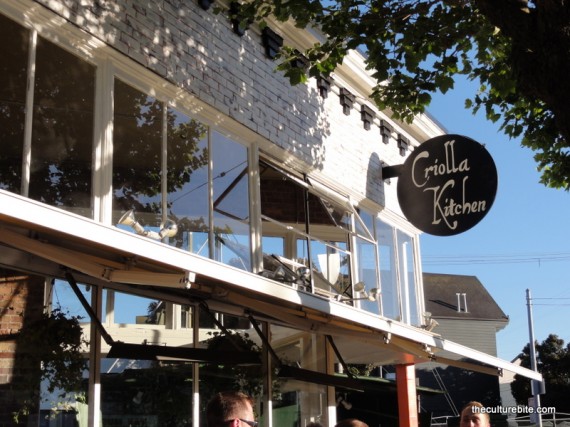 Formerly the Bagdad Cafe, the little restaurant on the corner of Market and 16th is now the very soulful Criolla Kitchen. Their specialty? Chicken and waffles. I’ve been hooked on the chicken and waffles craze since I tried Roscoe’s several years ago. Since then, I’ve been trying several around the city to see how they compare. Front Porch and Little Skillet are great alternatives. 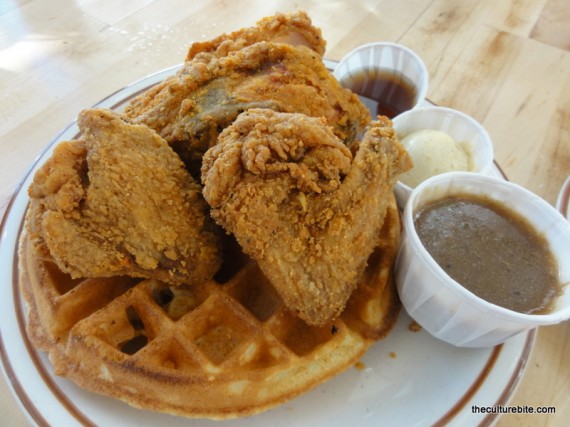 Criolla was pretty good. I ordered the 2 piece fried chicken with an original crispy waffle and a side of gravy. I smothered my chicken and waffle with the gravy and went to town. Their battered fried chicken was moist and flavorful, but tiny. I should’ve went with the 3-piece. The waffle was fluffy on the inside and crispy on the outside. Criolla also offers a cornmeal waffle and a herb waffle. The best part was the homemade sauces – hot and garlic. Both were very distinct and packed with heat. 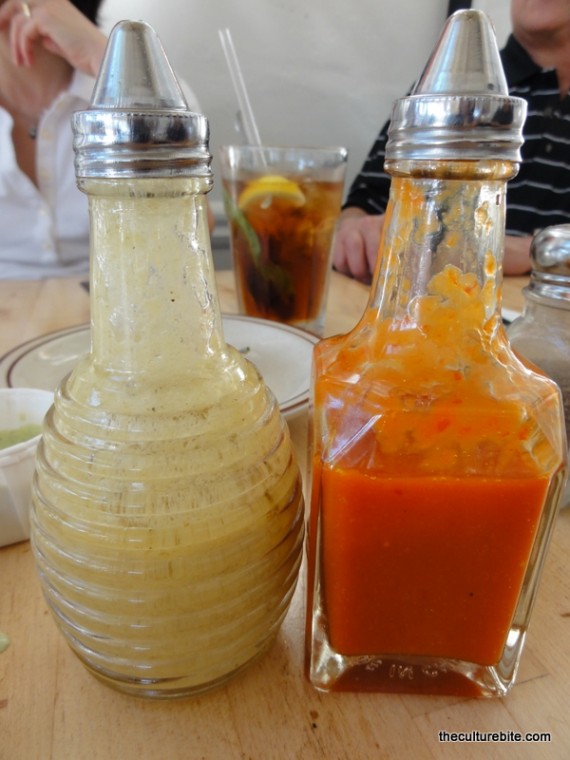 For sides, we had the sweet potato tater tots and the shrimp hushpuppies. The sweet potato tater tots were so addicting. I could’ve easily eaten half of the serving on my own. I probably did actually. The tots were served with a creamy cilantro lime sauce. I don’t like cilantro, but I couldn’t stop eating it. The hushpuppies were moist and flavorful, but the pieces of shrimp were super tiny. I think there was like one baby shrimp per ball. For a shrimp hushpuppy, I was hoping this would be loaded with the little sea creatures. 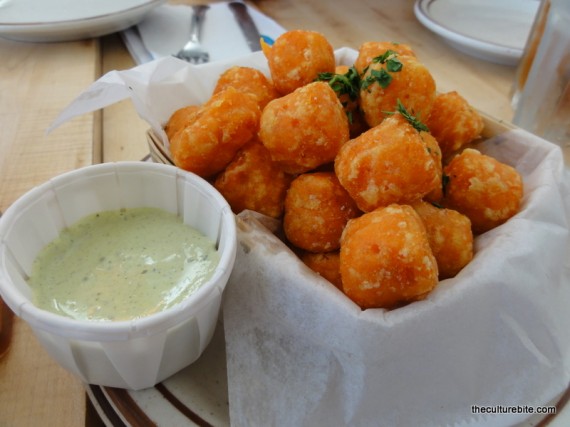 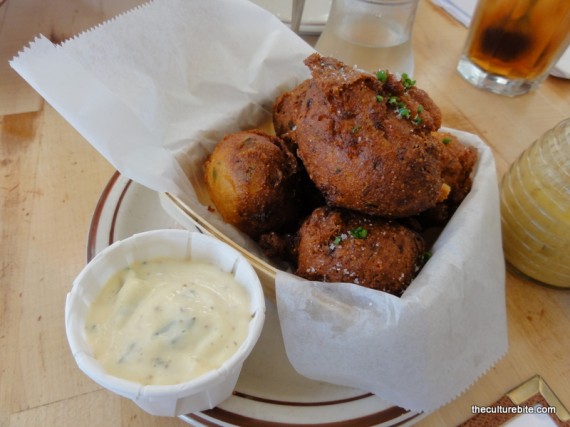 We even had room for dessert! We ordered the pecan pie and the bread pudding. The pie was good, but probably a little too healthy for my taste. The pecans were loosely sitting on top of the pie crust. I prefer mine to be packed tightly with that sweet syrup. The home made whipped cream on top, though, was very delicious. I was only able to snag a bite out of the bread pudding from my dad. Wow, this was sinful. The bread pudding was topped with a bourbon caramel sauce. The sweetness from the sauce was actually well balanced with the pudding. If I come back, I would order this. 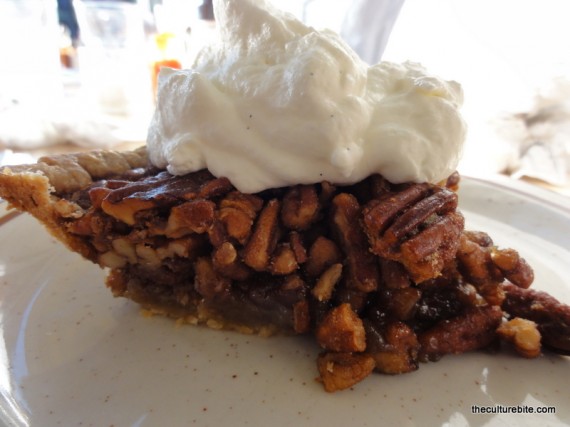 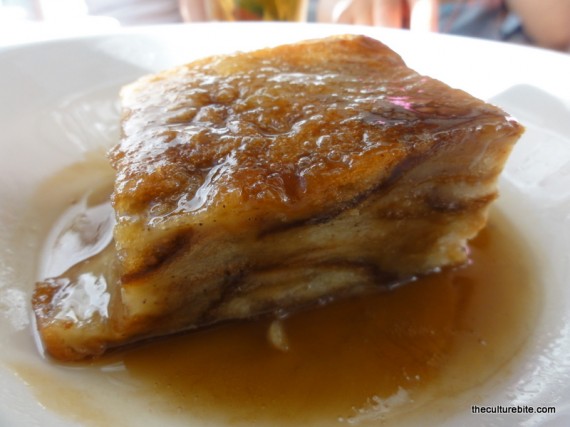 Although I thoroughly enjoyed the food at Criolla, everything seemed to be in miniature form. I’ve never been to the south, but from what I hear, everything is large and in charge. I didn’t get that from Criolla. My chicken could’ve used a little more meat and the hushpuppies could’ve used more shrimp. Nonetheless, I’m eager to come back to try their beans and rice. It looked delicious!