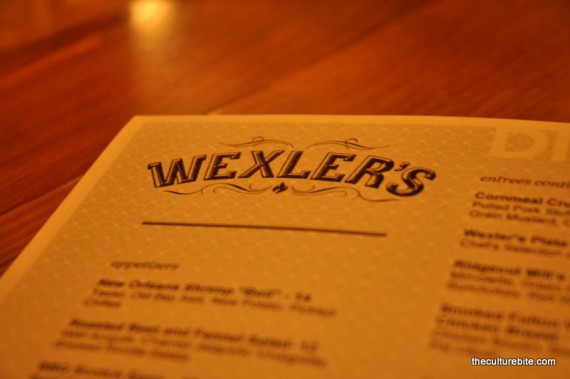 I’ve been wanting to come to Wexlers for a long time to try their infamous Scotch Eggs. I finally had the opportunity when K and I celebrated a friends birthday a few weeks ago. We had some mixed reviews. K loved his meal, but mine wasn’t so pleasant. 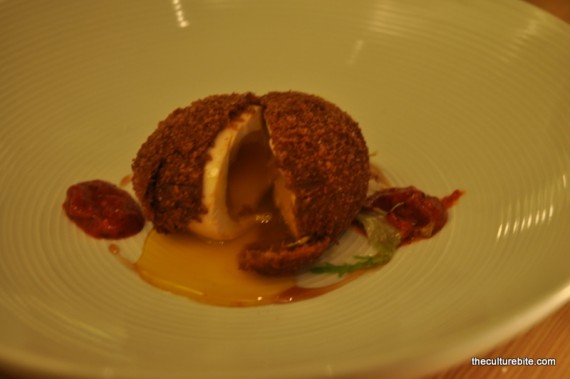 We each started with a Scotch Egg. The concept is genius, but the execution was a little off. This is a soft-boiled egg wrapped in shredded burnt ends, breaded then deep fried. The egg was perfectly cooked so that it was perfectly runny. The only setback was that my egg was cold! So upsetting… (sorry for the blurry picture!) 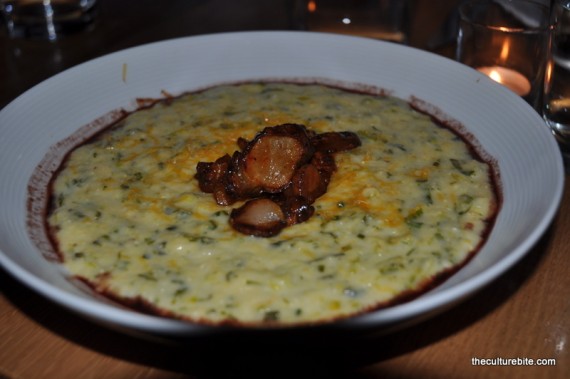 For my entrÃ©e, I ordered the Ridgecut Millâ€™s Cheese Grits with mimolette, green garlic, sweet and sour sunchokes and red wine jus. Boy, it was heavy and salty. I couldn’t even attempt to eat the second half of the dish because I felt so guilty. I appreciated the sunchokes. I think the dish really needed the earthy flavor to counter the creaminess of the dish. Although, I didn’t think it was enough. They either needed to mix more sunchokes in the grits or cut back on the cream or cheese. 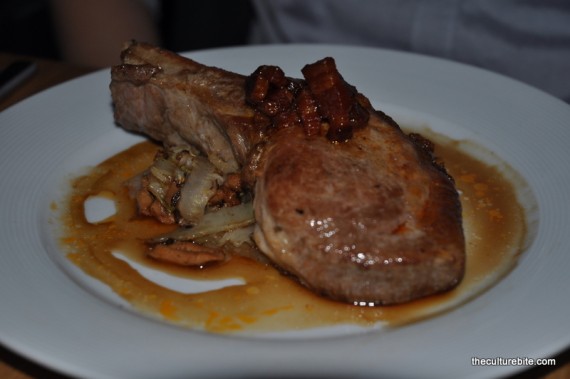 K had a pork chop and loved it. It had a nice golden crust on the outside and was super juicy on the inside. 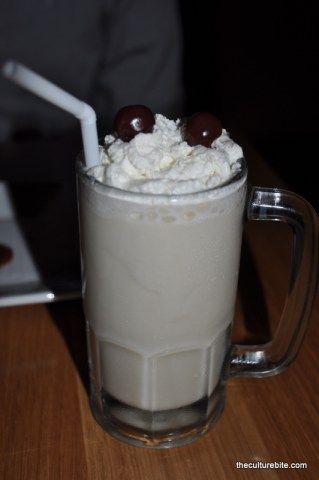 For dessert I had the Inside Out Root Beer Float which consisted of house-made vanilla soda and Humphry Slocombe root beer ice cream. I thought it was alright. The vanilla and root beer flavors were muted compared to an actual root beer float. 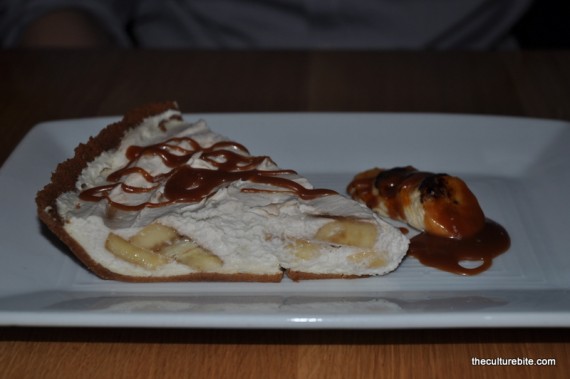 K’s Bourbon Banana Cream Pie, on the other hand, was amazing. Definitely the favorite out of the entire meal. The graham cracker crust was paper thin and was filled with fluffy whipped cream and thick slices of ripe bananas. The drizzle of dark caramel on the top really kicked the pie up several notches. I cried on the inside while K ate his dessert and I had my float.

3 strikes on my meal. But if I had ordered what K had, it might have been a completely different review. So to be fair, I’ll give Wexler’s 3 stars.