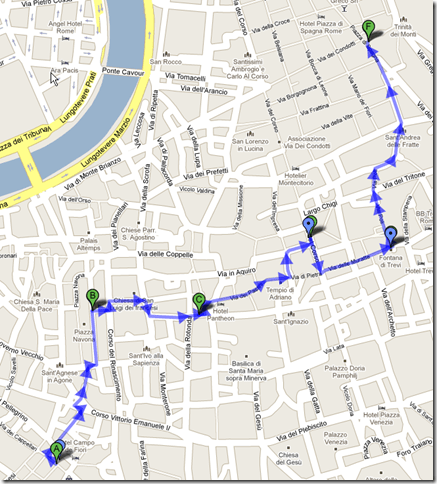 Rick Steves is one of my heroes.  He seems like the nicest person on earth and he’s traveled to so many great places in Europe.  I’ve basically read Rick Steves’ Rome 2010

twice within the past 2 weeks and now I’m finally taking notes.  Follow along with me as I jot down his popular walks and tips. 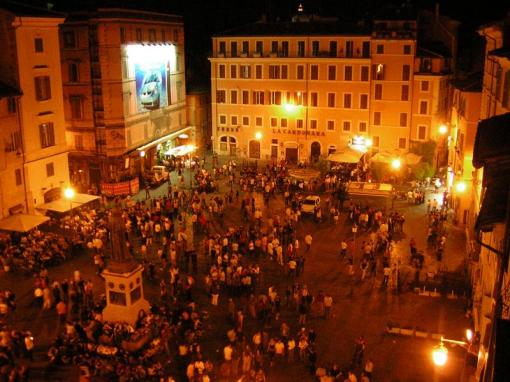 Start at the Giordano Bruno statue.

What to see: Theater of Pompey where Julius Caeser was assassinated.

What to eat: Forno – hot Pizza. 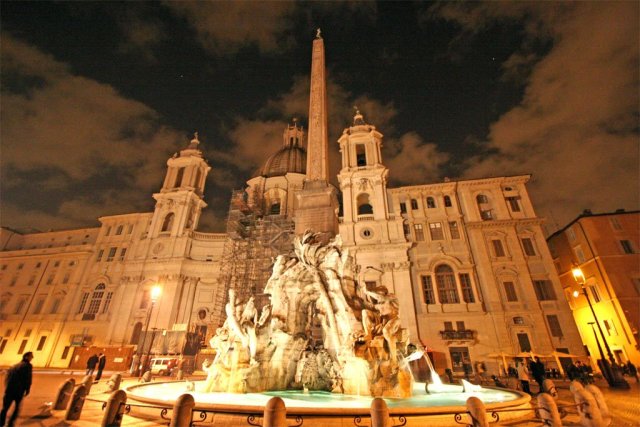 What to see: The Four Rivers Fountain – Statues of four river gods support an Egyptian obelisk.

What to eat: Tre Scalini – Famous for their rich chocolate ice cream

What to see: The Pantheon – It will be beautifully flood lit.

From the Pantheon to Piazza Colonna

What to see: Egyptian obelisk – Taken by Augustus after his victory against Mark Antony and Cleopatra

What to eat: Giolitti’s – Rome’s most famous gelateria. 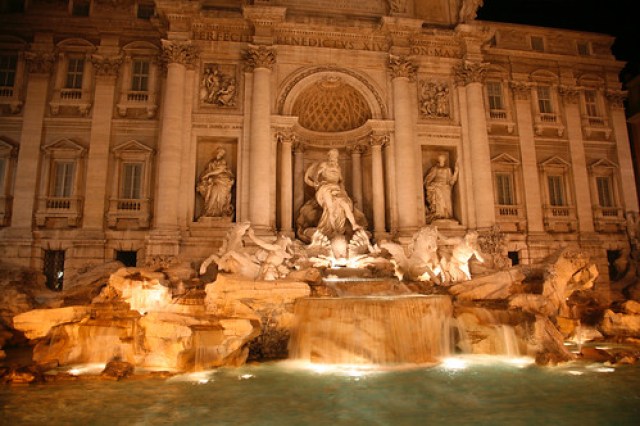 What to see: The Trevi Fountain – This was built to show off the abundance of water brought to the city from the great aqueducts.  The statue depicts the figure of Ocean at random areas of his watery Kingdom.

What to see: The Spanish Steps – Named for the Spanish Embassy to the Vatican which has been around for the last 300 years.

One Response to “Rick Steve's Rome 2010 – Night Walk Across Rome”