For those of us who love falafel, the gold standard for falafel sandwiches is Taim in New York City. If you havenâ€™t been there before, now is the time to begin planning your pilgrimage. Itâ€™s rare that I dream about food, but thinking of the Harissa Falafel wrapped in a whole wheat pita, coupled with mint lemonade â€¦ where am I again?

But weâ€™re not here to talk about New York City. Where do you go when you are looking to get your Mediterranean fix in the Pacific Northwest? I travel to Seattle about once a month for work, so I figured it was probably enough time to start learning the lay of the land. I sourced this post from two years ago describing the five best falafels in Seattle. I found no mention of Taim, and thus drew a conclusion that the post was written by unenlightened savages. It was my duty to seek out the places described and break them down with my more refined tastes. I visited 3 of their top 5, and, ladies and gentlemen, here are my recommendations for the best falafel sandwiches in Seattle.

The best falafel on the list of top 5 was at, hands down, Shawarma King. Located in the university district, this joint has ample free street parking and is open until 11pm on weeknights. I had the Falafel Sandwich. Spicy, of course. 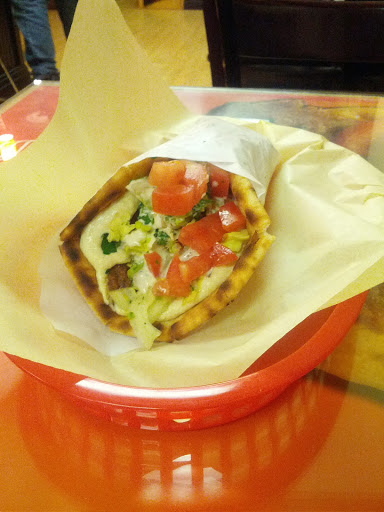 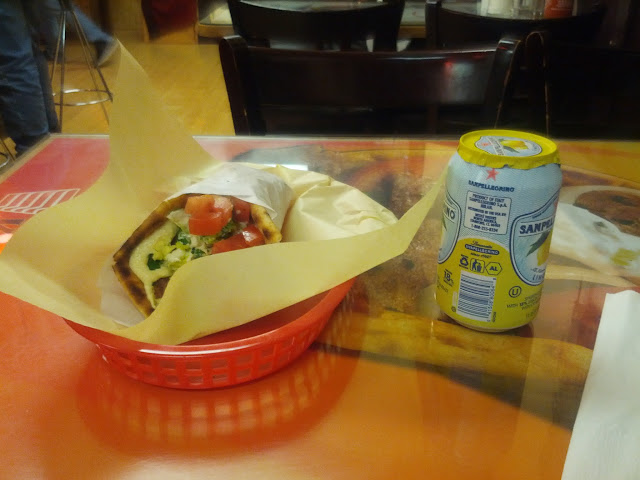 It was absolutely delicious. The pita was freshly toasted. The juices from all the different ingredients just meshed together to form a single, unified glorious experience in my mouth. The falafels themselves were perfect – not soggy, not dry, not stale, but just right. It took a little longer to make, but it was worth the wait.

Pair this falafel sandwich with a San Pellegrino Limonata and put a fork in yourself. Youâ€™re done.

Rated as the best, I couldnâ€™t pass on Zaina Food, Drink and Friends. Located downtown and closing relatively early (9pm), be prepared to either drive in circles or pay for parking. Thereâ€™s a lot about two blocks away where you can park for a few bucks. For the sake of a fair apples to apples comparison, I had the falafel pita here as well. Also spicy. 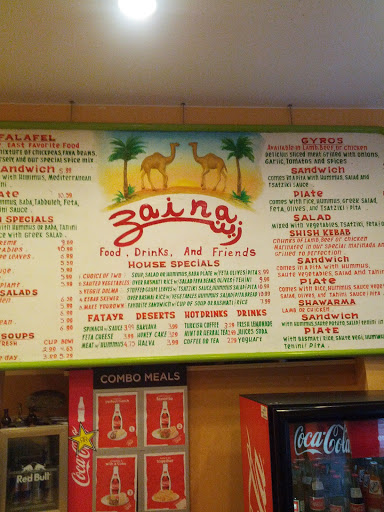 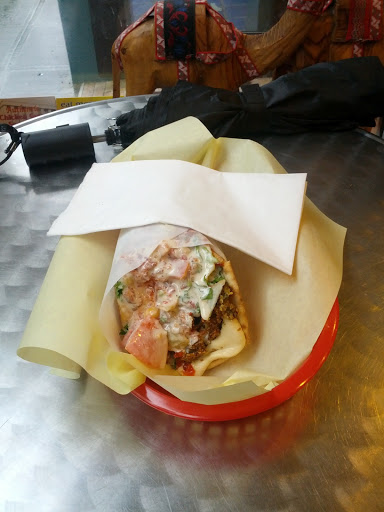 Not bad, but not as good as Shawarma King. It was prepared faster, at least. The pita was a standard pita. At least it wasnâ€™t stale. The ingredients were â€¦ robust, but I wouldnâ€™t say world changing. It wasnâ€™t a bad meal, but it wasnâ€™t memorable, either. Shoot, here I sit, weeks later, and Iâ€™m struggling to come up with some more nice things to say. If youâ€™re in the area, why not? But if you have a chance to drive and want the best at any cost, check out Shawarma King first.

Bonus: I got the feeling Iâ€™d get the munchies later that evening, so I grabbed a lamb gyro plate to go. When I got back to my hotel room, I munched a bit on it. Delicious! But I already ate an entire falafel pita, so I couldnâ€™t finish the damn thing. I came back to it a few hours later. Even cold, the lamb was still delicious. The hummus was still great with the pita. Every bit of it was still good. I donâ€™t know why I didnâ€™t take a picture of it – I suppose it looked disgusting (have you ever seen anyone take a picture of the Chicken and Rice platter at the famous 53rd St. Halal cart? It looks gross.). Highest recommendations as study or work food. You eat a bit, then you just snack on it as the hours go by.

Pass on this one – Aladdin Falafel Corner

Another university district recommendation, Aladdin Falafel Corner made the list of the top 5. Parking â€¦ fairly plentiful, and the street itâ€™s on reminds me of Ashby St. next to UC Berkeley â€¦ minus the protestors and general miscreants. Plenty of parking and open late (2am!). For $6 (or $7, I donâ€™t remember, money is all the same nowadays), you get a drink, fries and a falafel sandwich: 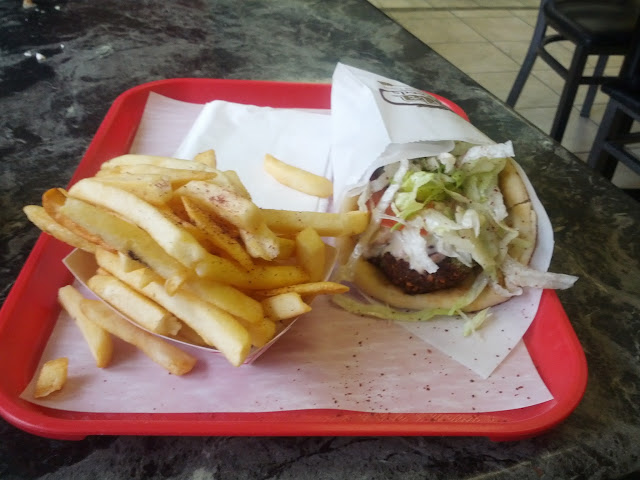 What a bargain, right?

I mean, you get a lot of food, but itâ€™s not particularly delicious. I would even struggle to say itâ€™s delicious at all. You get food. You eat food. You drink drink and eat fries. Thatâ€™s it. The falafel sandwich was lifeless. There are places where your food is made with love, and there are places like Aladdin Falafel Corner where the employees just shit your food out as quickly as possible and serve it to you.

In general, our West Coast falafels pale in comparison to what you can get on the East Coast. Yes, I’ve been to Falafel Drive in, House of Falafel, and Sunrise Deli, amongst others that try to claim the title of “best” in the San Francisco Bay Area – it’s like watching D-League basketball. In Seattle, at least, there are at least a few places that can stand their own against the East Coast falafel. Shawarma King takes the crown. No pun intended, hyuk hyuk. Zaina isn’t bad either. At least stop by one of the two when youâ€™re in the Pacific Northwest.