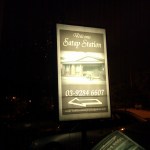 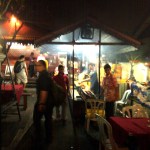 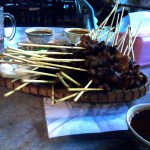 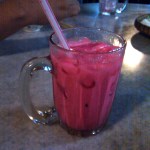 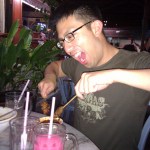 Three men gathered at a suburb outside Kuala Lumpur. The sky was dark, yet the warmth of the equatorial Asian sun lingered, embracing the men wistfully. They sat at an outdoor table, mounted fans providing sweet respite from the heat.


The well dressed Malay man spoke first. He wore a dark shirt with white stripes, slacks, and dress shoes. His skin was darker than that of the other two men, camouflaging the beads of sweat that danced down the sides of his face. His face was jovial, but behind his spectacles, his eyes spoke of a man who had seen much, loved much, lost much, and yet – thrived. He had a strong frame, but when he sat his midsection protruded, having seen better days.

“In Malaysia, we have a problem.” The well dressed man uncrossed his legs and crossed them again from the other side. “The men – the men stray. They stray from their wives. And as a response, the women have formed a society: ‘The Obedient Wives Club.'”

The American listened. He tilted his head to the side, curious, as if to say, “tell me more.” His eyes sharpened, betraying a mix of general confusion as well as titillation. He wore a faded green t-shirt, the word “Vegas” sprawled underneath a sketch of the glamour of Sin City, editorially omitting the city’s underpinnings of broken dreams, lost fortunes, and the general hawkish exchange of pleasure for cold, emotionless cash. This was his first time in Malaysia, and initially, he found the heat and humidity to be unbearable. In his shorts and sandals, however, his surroundings were, at the very least, tolerable. He had long given up on any goals of not drenching his clothing with the dampness of his sweat. He wore thick rimmed black glasses on a high ridged nose, and a shadow of stubble was beginning to form on the frame of his face. Many would consider him to be extraordinarily handsome. It was well known that wherever he went, women followed, blazing a trail of broken hearts, tears and jilted husbands.

“What does it mean to be an obedient wife?” The American raised his glass of lemon tea and took a sip.

The answer came from the man with the goatee to his left. He was the eldest of the trio, but his disposition was by far the most youthful. His face had inherently soft features, but they were juxtaposed against sharp, brush-like eyebrows and facial hair. His garb was similar to the American: a beige t-short and shorts. Even the most cursory look at both men, however, would leave no doubt in anybody’s mind that he was a local. The American could not help but draw comparisons between him and a famous Hong Kong actor who was often cast in the role of a triad boss. “Obedient wife: lady in public, a whore in the bedroom.”

“In truth,” said the goatee. “The movement is a parody in and of itself.”

The well dressed man reached for his glass and sipped his sirap bandung. As if he had forgotten and was only now reminded, the goateed man reached for his glass as well. The American reached for a skewer of satay. His glass of bandung was conspicuously still nearly full, ordered for him by the two Malaysians as a sample of local flavoring. He had tried to like the drink, pairing it with both his curry noodles earlier as well as both the beef and chicken satay, with no luck. In general, he always tried to accommodate the hospitality of his hosts wherever he traveled, but this time he could not overcome the strong taste of pink bubble gum and its even stronger aftertaste. He had asked what was in it and was told it was non-dairy milk mixed with a special type of syrup. His hosts had caught on to his taste, and instead of choosing to be offended, they called on the waitress and ordered him a lemon based drink less foreign to Westerners. He was grateful for the perception of his hosts, because the salty-sweet taste of the satay had left him parched.

The American took his beef satay and dipped it into his bowl of peanut sauce. He had peanut sauce before stateside – it was his first choice when eating at hot pot restaurants – but something about the richness here, blended with the satay filled some primordial desire for meat on a stick. Most of the skewers were divided into three regions: two pieces of lean meat at the ends, with fatty meat in the middle. In the beginning, he devoured entire skewers indiscriminately, but as his skewer count grew, he found the fatty section to be less and less satisfying each time, eventually opting to simply remove it rather than ingest it. At he ate this piece of satay, he smiled as his imagination wandered, likening himself to a Tyrannosaurus Rex tearing apart lesser reptiles. Perhaps this is what is is like to be king of the lizards, he mused, no regard to rules, cleanliness or the whims of others. Eat what I want, when I want, and to hell with my critics. His companions saw him smile, and he quickly wiped it away. They must not know my mind; they must not know the lion that eats in their midsts.

The well dressed man’s phone rang, and he answered. “We are at Satay Station.” He switched to speaking Malay, into perhaps one of the longest driving instructions of the decade, before switching into English, turning to the American, and saying, “There are six other places named Satay Station in this area.”

“… and none of them are actually known as ‘Satay Station’,” the goateed man finished his thought. The three men had worked their way through forty-five or so of the fifty skewers they had ordered. “Normally satay is an appetizer. This is one of the few places where it is, in and of itself, a primary dish. You’ll see a wide range of of prices and sizes. For instance, here, the skewers are three times as large as at some other places. The prices are also reasonable, costing about eighty ringgit a skewer.”

The American had been in Kuala Lumpur long enough to automatically apply a rule of dividing by three whenever he heard value denominated in the local currency, the Malaysian ringgit. So – each skewer was roughly an American quarter. Certainly a fair deal. He reached for a chicken skewer, though he enjoyed the beef skewers much more – the texture and flavored simply meshed much better with the peanut sauce. A brown cat walked by between the tables. No one seemed to pay it any mind, and the cat returned the favor.

The goateed man seized the break in conversation to change the conversation back to an earlier topic. “So the Singaporeans really told you that they have better food than we do here in Malaysia, eh?”

The American responded. “Yes, very much so. When I told them San Franciscans were serious about food, I was told they were very proud of their Hawker centers, which were some of the best in Asia.”

Both men guffawed at this. But it was the goateed man who spoke first for the Malaysians. “Yes, that’s why the Singaporeans drive four hours to Kuala Lumpur all the time, right? To eat lesser food? And to have our inferior bak kut teh?”

“Ah, yes, my father told me that I needed to try some on this trip in Singapore,” the American said. And with a bit of a mischievous tone, he added, “and that the bak kut teh was the best in the world in Singapore.”

The two Malaysian men shook their heads again, this time with yet more vigor. It simply would not do to sit idly by as this foreigner insulted their cuisine. “Listen,” said the well dressed man. “The best bak kut teh is here in Malaysia. Even the bak kut teh you can get at the food court at the basement of Lot 10 will be better than what you can get in Singapore.”

The American made a mental note to make a trek to Lot 10. He was staying near Kuala Lumpur City Centre, so Lot 10 on Jalan Bukit Bintang would not be more than a fifteen minute walk. Well, fifteen plus whatever time it would take to not be murdered by automobiles whenever he needed to cross a street. He saw children as young as five years old running, jumping across streets in the presence of oncoming traffic. Yet, he had been too conditioned by American streets and American drivers, and thus still viewed crossing the street in Kuala Lumpur with a danger factor of somewhere between jumping out of a plane and swimming in piranha infested waters. No, when choosing between being perceived as a coward and being dead, the former was preferable to the latter. Better to take longer to get to dinner and live another day.

“Wednesday,” replied the American. “I’m headed to Taipei. I’m going to miss Mamak.” Mamak was the name the locals used to refer to Tamil street cafes that were open late and broadcast international soccer games at into the wee hours of the morning. He had some of the best Tandoori Chicken and garlic naan of his life at the stall he was at yesterday and salivated thinking of it.

The two men nodded. They had enjoyed the American’s company during his stay in their city. Their community of entrepreneurial Malaysians was small, though well connected, and his infusion of energy was refreshing. “Well, we hope you come back soon.”

“So do I,” said the American. He always knew he was going to be nothing more than a transient, passing briefly, but, in spite of all his complaining about the weather and being ripped off by local taxi drivers, he was already starting to miss the chaos and life that made up Kuala Lumpur. “So do I.”

Ikai Lan is an occasional guest author for The Culture Bite. Though he loves both to eat as well as write, he finds that writing a real post takes a larger block of time than he is generally able to free up. While he is generally able to tune out the Samantha’s incessant nagging for him to author more posts for this blog, at some point, he find that he cannot take it anymore and gives in, if only to buy a week or two of silence. He resides in San Francisco, California, though he’s been known to surface here and there on a whim.