Hola! This is the day we left for Barcelona. Once we checked out of our FriendlyRentails.com apartment in Rome, we headed for the Fiumicino Airport.

We flew Vueling, one of the many small jetliners that fly within Europe. I was so nervous for this flight since I’ve read loads of bad reviews online – flight cancellations, luggage restrictions, etc. But, everything worked out.

The transportation from BCN to Barcelona is very easy. They have a bus called the Aerobus that takes you from the airport to 3 different locations in the heart of the city, all for about 5 euros per person.

We also purchased the 3-day Barcelona Pass at about 35 euros per person which gave us discounts on museum entrance fees and free usage of the metro.

The apartment we rented was located in Barceloneta, kind of like their version of Fisherman’s Warf, only quieter and more residential. There are tons of hidden restaurants in Barceloneta, but I have no idea how they make any money. Every restaurant we passed by was nearly empty except for a few touristy restaurants along the water. I’m guessing it’s the time of year. 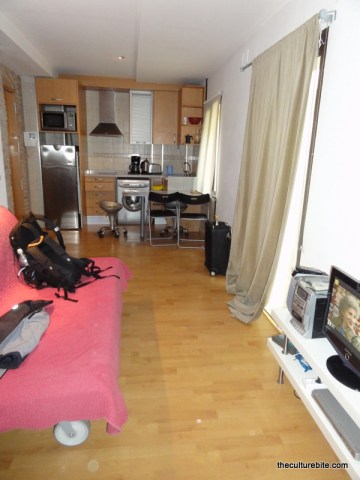 We rented a studio apartment through Rent4Days.com. This apartment was the nicest place we stayed in throughout the entire trip. It was clean, modern and comfortable. 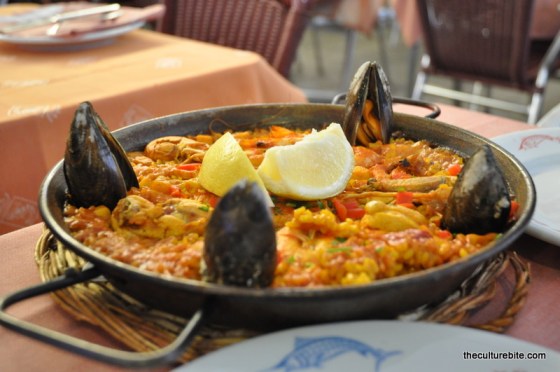 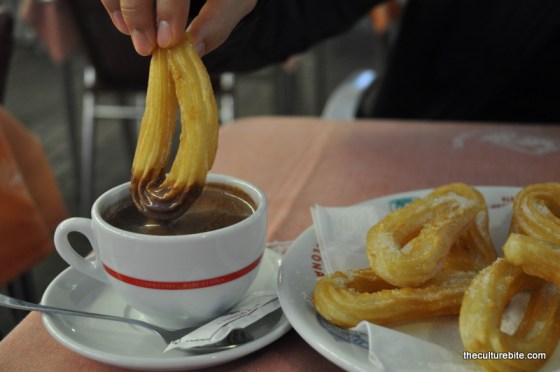 The first night there, I was exhausted, mainly because I had just caught a cold. So, we decided to take it easy and call it a night early. We were lured into one of the touristy restaurants, El Rey de la Gamba, on the water by aÂ persistentÂ hostess. I wasÂ eyingÂ the mountain of fresh seafood being devoured by 2 little Japanese girls at a table nearby. And before we ordered, the smell from a large platter of fried seafood passed by us. This place is going to be good. So after a quick review of the menu, we ordered a chicken and shellfish paella and a small plate of patatas bravas (fried potatoes with a creamy tomato sauce). This was satisfying. This was the reason why I wanted to come to Barcelona. For the relaxation, for the food, for the experience. The paella was the best I’ve ever tasted. Better than the Spanish Cultural Center in SF and way better than Girard’s Paella in Pacifica. The rice was so flavorful andÂ aromatic and the seafood was fresh and buttery. The order of paella was so large, we took half of it home and saved it for dinner the next night. To top off the meal, we had an order of chocolate con churros, a classic Spanish dessert. We dipped the freshly fried and sugar-dusted churros into a large cup of thick hot chocolate and licked our fingers clean. Te quiero Barcelona!