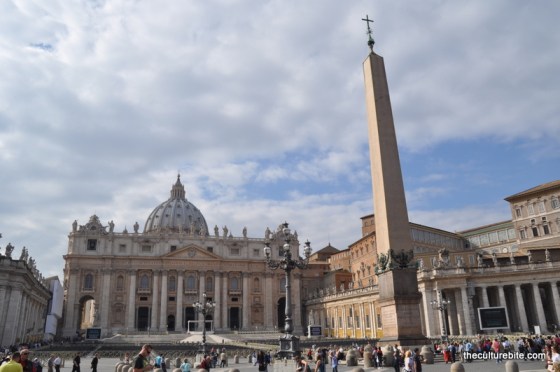 Day 3 of our Rome trip was dedicated to the Vatican and St. Peter’s Basilica. During this trip, we visited the Vacitan Museum, the Sistine Chapel and St. Peter’s Square. We, unfortunately, did not make it to St. Peter’s Basilica that day because it was closed off for a meeting of the bishops. We ended up coming back here on our last full day in Rome (which I will write about in another post).

Again, thanks to K’s expert planning, we cut through the long lines with our pre-purchased passes. We did get the package that included the 3-hour guided tour for 30 euros each person which I would not recommend. Rick Steves already had a guided tour in his Rome book and you can even download an audio guide right for your iPhone! Tickets without the audio tour are about 15 euros.

We unintentionally visited on a day when there was a meeting of the bishops, so St. Peter’s Basilica was closed for most of the day. Our guide was in such a rush to get us in before it closed, we did the entire Vatican Museum and Sistine chapel in 1 hour. We missed a lot of the explanations of the pieces in the museum because of this. Then, we found out we couldn’t get into the Basilica, so we walked through the entire museum AGAIN to get to the Hall of Raphael which we were initially going to skip to get into the Basilica. 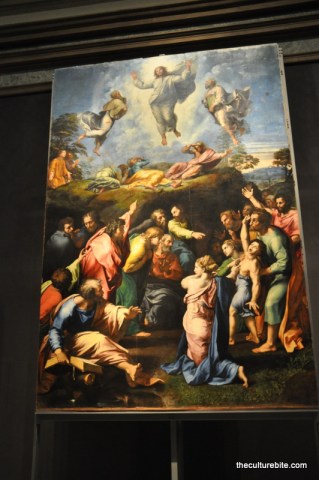 The Vatican is filled with some of the world’s greatest paintings and sculptures collected by the Roman Catholic Church. We made our way through the Pinacoteca (the picture gallery), the sculpture museums, and the Sistine Chapel. 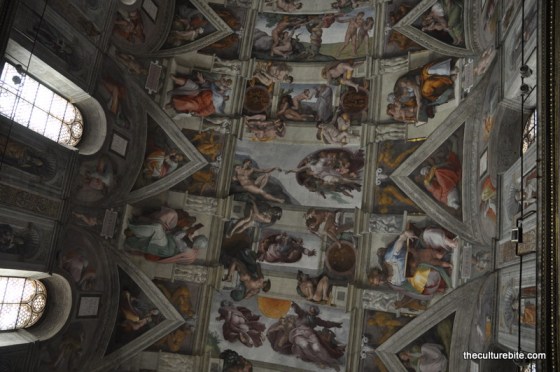 Seeing the Sistine Chapel in person is surreal as it was painted by the greatest Renaissance artists – Michaelangelo, Raphael and Bernini. I was able to sneak in a few photos. Hey, everyone else was doing it, so I had to grab a shot for the blog. 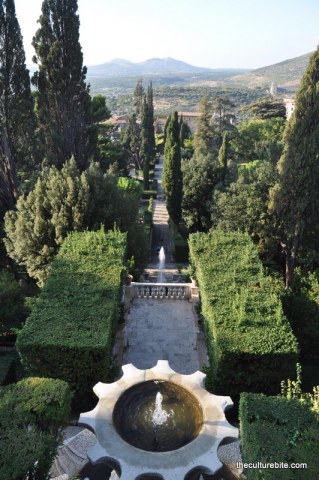 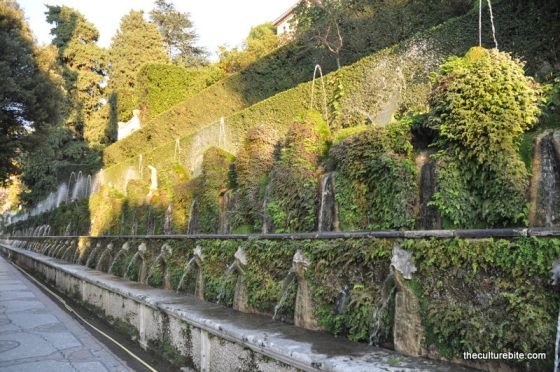 At around 3pm, K and I headed for the train station to a little town 30 minutes outside of Rome called Tivoli. Tivoli is famous for Hadrian’s Villa, ruins of a retreat for one of Rome’s emperors, and Villa d’Este, home to a beautiful Renaissance garden. For some reason, this garden was what I wanted to see the most on my visit to Rome. It’s probably because it was featured in the Lizzie McGuire Movie. The garden is definitely one of the most beautiful things I’ve ever seen. Filled with ponds, waterfalls, fountains and tons of trees, I felt like I was in a scene of some kind of fairy tale or the Secret Garden. 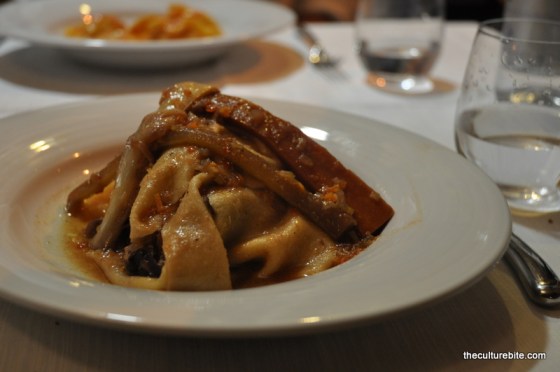 For dinner, we headed back over to Rome to the Trastevere district to a cute little restaurant called Percento. It wasn’t intentional, but this was our expensive meal of this leg of the trip. Here we had beef carpaccio, Italian ceviche, seafood raviolis and pasta with duck ragu. Everything was extremely fresh. The pasta was home made, the fish was caught earlier that morning, the beef melted in our mouths. Things couldn’t be any better. Service was incredibly slow, but I wasn’t sure if that was because of the culture. We finished the meal off with chocolate ganache with coffee and pistachio ice cream. Yeah, that was a good day. I’ll try to write up our day trip to Florence for Day 4 tonight or tomorrow. Bye!