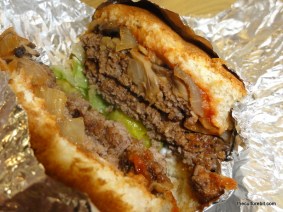 Sorry In-n-Out. It’s been a good decade, but now it’s time for a new guy to wear the crown… make that five guys. Five Guys Burger and Fries is an East coast burger joint slowly making it’s way to the Bay Area. Never frozen, the hamburger patties at Five Guys are hand formed for every order to maintain its backyard BBQ freshness. Randomly, they have all-you-can-eat peanuts. I don’t understand the combination of peanuts and burgers, but hey, it’s free!

The award-winning burger joint is slowly creeping its way to the Bay Area with locations in Vacaville, San Jose, and Fremont. The interior is reminiscent of In-n-Out with the same 50s-style and red and white color scheme. The peanuts really are the gimmick though. No need to be hungry while waiting for your food, just snack on a bowl of peanuts.

The burgers are more on the expensive side, but you’re totally paying for the quality. What’s funny is that K, T and I came into Five Guys with the intention of only getting an order of fries (since it was 5pm and close to our family dinner time). We ended up getting a burger, a hot dog and an order of fries. We couldn’t resist!

Burger – The standard here is 2 burger patties with grilled onions, mushrooms, tomatoes, pickles and lettuce. I am such a Five Guys noob that I didn’t realize that all toppings were free and I could’ve had the burger “all the way” with jalapenos, A1 sauce, and hot sauce in addition to what I ordered. Dang! I had been craving a burger for a while and this totally satisfied the need for a fat juicy burger. The meat tasted very fresh and lightly seasoned and the toppings were plentiful. The only set-back was that the patty was so juicy, it soaked into my bread.

Cajun Fries – We got a small order of Cajun fries, but there was nothing small about it. This order could literally feed 5 people. I was in awe watching the guy behind the counter pouring each order of fries into white cups. After he sticks the white cup in the brown paper bag, he takes another scoop of fries and dumps it in the bag. I don’t know about you, but when I used to get fries at MacDonalds, I would get a kick out of the extra fries I found at the bottom of the bag. That was MacDonalds. Imagine getting an extra scoop of fat steak fries covered in some kind of Cajun seasoning. Ah-mazing. Also, you have to love spicy if you get these fries. They are addicting, but hot!

Well, that was my adventure of driving 1.5 hours out of San Francisco just to try Five Guys Burger and Fries. They’re opening 200 storefronts this year, so I’ll keep my fingers crossed for a San Francisco location. In the meantime, I’ll happily enjoy my In-n-Out. 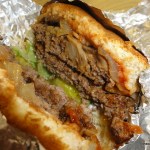 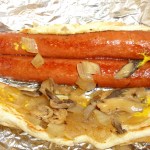 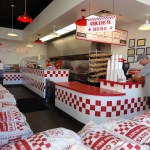 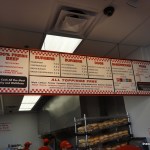 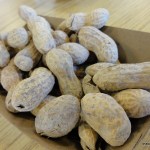 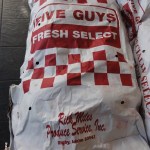 One Response to “Five Guys Burgers and Fries – Vacaville”